BASICALLY wands is taking over the world oh god stop him. swords is trying to do that. the major arcana are mercs. lun has wands/pentacles, i'm cups/swords. there's some extra suits too.

The Major Arcana are mysterious mercenaries, who pledge no fealty to any of the main suits and come and go as they please. As the strongest lesser gods on the surface of the Universe, they are a true force to be reckoned with, and their loyalty is difficult to earn but lifelong. Several reside on the main islands, but others disappear for years at a time. 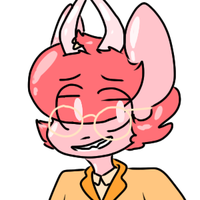 Cups' lands are centered on a massive island in the middle of a lake, around which is the rest of the primary contient. This interesting location has made them a trade stop for several of the Major Arcana, allowing several to build bonds with the Cups rulers and denizens, taking up home on the secluded, quiet island. This careful peace has been suddenly stricken by Wands' troops closing in around them, attempting to will a surrender out of the group without needing to resort to military violence.

Swords is comprised of several island chains in the east, and characterized by a strong, stable military presence. While their resources may be lacking in some instances, their dedication to their crown and ability to clash directly with Wands' army has made them the other military superpower, and the last line of defense against Wands conquering the entire world. As a response to Wands' campaigns, Swords has taken two other suits under its wing, treating them like semi-independent colony-states.

One of the suits overtaken by Wands, Bones once primarily held the coastlines north of Cups' island, serving as a trade port and communications hub for many of the lakebound nations. They were second to fall to Wands' conquests, and did not go willingly.