this account holds all of my adopt or closed species related characters and I never fill out profiles bc lol what's time. Addressing accusations on another platform

All dates and times are in GMT+8.

I have reminded the CS team for the third time that "being asked after being namedropped feels like being asked to do the emotional labor of assisting in writing [their] post against me and providing evidence that the team should have on hand as community moderators."

I would not have engaged with them if I wasn't namedropped by the Owner or approached for evidence (that I reiterate, the team should have documented and filed beforehand) by one of the CS moderators to help draft their documentation.

All future updates will be placed in the Update Log unless important.

The mod team of the popular CS has reached out to me on 22 April 2021 at 12:29 am. Per my agreement with them, I will continue to avoid stating their name in my bulletins.

This conversation is after the Owner of the species namedropped me on their Toyhouse and DeviantArt. I have been blocked since February by the Owner and unable to see the journal or bulletin. I have no desire to see screenshots, but a third party has given me a summary of the post.

I refute the claims that I namedropped them publicly.

I would also like to point out that the Owner posts all of the GAs and journals.

Getting banned by the Owner regardless of group membership is effectively a ban from the entire species as most of the activities would no longer be available to you to access, and you'd have to ban evade to see anything. My assumption that I was blacklisted from the CS in February was due to the Owner's block. I was unaware and not alerted by the team of any official ban in March.

The staff has requested for me to provide proof and evidence for their documentation.

I let the team know that being asked after being namedropped feels like being asked to do the emotional labor of assisting in writing the CS's post against me and providing evidence that the team should have on hand as community moderators.

They have assured me that their post is to clarify the situation and not as a call-out. I have not yet responded to them since my last message but will be doing so soon.

I disavow this behavior and the harassment that may occur because of them. Harassing people and namedropping them is unacceptable, and I do not appreciate any of this. Just because people are doing this to me does not make it acceptable for anyone to use my experience as justification to retaliate or harass people back.

If I find out, with verifiable evidence, that this person is from any of my CSes, I will be banning them outright without hesitation.

I also want to reiterate that since various anons appear to be still bringing this up, I do not support incest in any fashion. You may read my statement below in the previous post.

A few people have contacted me to let me know that a vent blog is discussing and speculating on my person. There are a few accusations I would like to respond to directly.

I want to state upfront that I do not in ANY way support incest. It's a severe accusation to make against someone without proof.

I was not involved in Archanes at the time of that journal and will be looking into rehoming have rehomed the Archanes design I previously owned. I have also since cut ties with Archanes.

Removal of art pieces from my gallery

On 25 March 2021, I shifted several deviations to storage on DeviantArt. I will happily move them out of storage if requested. The announcement I was doing so is here.

I initially stored my art because a user took art specifically from other closed species owners, including species sheets, and uploaded it to their account. To preemptively prevent this, I stored several pieces.

Unfortunately, DeviantArt is one of the best places to gain attention for adopt-designs now. Hence I still post newer art on the site.

I will always encourage people to ask for proof and double-check and will gladly clear up any misunderstandings regarding this point.

Banned from other CSes

At the current moment - I'm only now aware of being banned from the popular CS because I requested that they feel free to block me if they desire as we could not agree if someone had traced my art.

I have a new existing document that was drafted on 17 March 2021 with proof of the tracer’s actions as well as a breakdown timeline of what happened during the conversations with the popular CS moderators.

They are also aware that if I must defend my reputation that I will be utilizing screenshots and the recorded voice call from both parts of our conversations. I also have the conversations logged as HTML files which were created on 5 February 2021.

Edit on 19 April 2021 - Where I live does not require two party consent for voice recording. Thank you for reminding me to clear that up, Anon.

Points on these posts remain. I feel the same as I do about these points as the first day I wrote them.

Again, if anyone wants proof, my Youtube, Twitch, and TikTok are available to peruse.

I want to address the fact that the tying of my name to Archanes occurred after they published their blacklist.

One of these named individuals is linked to me as they had traced my art in January.

I was in contact with one of the owners of Archanes as they were aware of individuals who were affected by this tracer before 2017. When drafting the blacklist, they requested to use screenshots of the items he had traced from me, and I agreed. The blacklist no longer contains the reasons for blacklisting, and the screenshots aren't there. Edit at 10:40pm - The entirety of the blacklist is no longer accessible.

While I suspect the vent blog posts pivoting off the blacklist to link my name to Archanes may have been him or his friends, I'm also aware that I have no proof and this is conjecture.

However, I am aware that he's still responding to others with claims that I'm tracing and blacklisted from several other CSes, the most recent being his response to Archanes. [Redacted, on request from PopCS team.]

To this individual: I have not blocked you, but I have no desire to talk to you.

Stop taking bits of other people's art to merge together to trace and sell and please take the popular CS artist's offer to help you as her friend to no longer trace or "use grids".

Your blacklist in my CS is still active as well, and the terms for removing the blacklist haven't changed regarding that.

Addressing the other drama

I'm unsure of all other drama I've supposedly created and would love to get some clarity on this - it will let me know to work on myself on certain things or otherwise refute baseless claims, as I have to do right now.

It feels weird to be accused of things when it's untrue and unfounded for the second time. Especially since some of it is a repeat of the other incident, which apparently originated from someone close to the tracer (https://toyhou.se/~bulletins/269482.regarding-rumors-of-tracing ).

I’m also trying to figure out why running a CS like a business is a bad thing - I’m handling people’s money, why wouldn’t I want to ensure things run like a business.

Send me your receipt to show proof and I’ll get you set up with a slot.

You may only claim once per charity but may donate for other people so they may have a slot. This slot will be able to be sold/traded/gifted.

⭐ 3 May 2021 - India is currently being struck by a second wave of COVID-19, which has overwhelemed the hospital and care systems. This has resulted in an oxygen shortage and a lack of beds to take in those affected. Please consider donating if you can.

These are the usual prices for my slots.

grimling has also offered to hold a custom Bunnarium or AW0001 if we hit 10 or more donations to RAINN! You can see their designs here: https://toyhou.se/grimling/created

tootles is offering a bust shot if we hit 5 donations or more!

I'll be offering a thigh-up piece if we hit 25!

grimling has offered an additional bust piece if we hit 30 or more donations to RAINN!

This will not close so there's no deadline for the amount to be hit.

You must be 18+ to donate for these. I do not take or accept cash from minors and I will continue to enforce this rule for the donations.

You can find out our current goal here.

I will also honor the donation MYO slots above for anyone who donates to this GoFund Me! https://www.gofundme.com/f/jamie-and-2-cats-kicked-out

This will count as a separate slot entirely, so you'd be able to still get your other slot from donating to RAINN or Stop AAPI Hate! 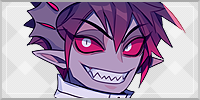 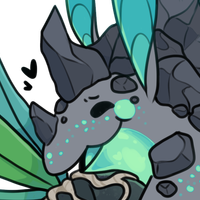 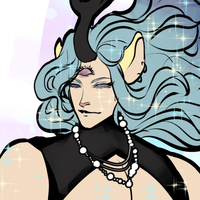