Posted 1 year, 5 months ago by Zekiran

CHS is a fictional school set in The Endings, which is part of a broad group of worlds created by Zekiran / Lethe Gray and is (c) 1985-2021

Welcome one and all to the Oliver Carramba High School page! Last Update January 19, 2021 - Created Toyhouse page - note info below is from 2014 website

Since this is the main page, I'm going to go out on a limb and tell you all what's up with this site.

First, Carramba High School is a FICTIONAL place. It is wholly owned and created by me, Lethe, and is copyright 1999-2014 to Droppin' The Fork productions. Everything in it (with the exceptions noted in all cases) was created in my fevered brain over the course of the last two decades or more. If you can't handle role playing games, or fantasy situations, please don't bother messing with Carramba High. It's all in fun, all not for real (except where I've requested real people to appear as students or instructors), and certainly all meant to be played with tongue firmly in cheek. Any works which get parrodied are there only for fun, and not to garner any form of profit or abuse the terms of copyright or trademark if any.

On this site, you'll find information both about the High School as if it were real (with course listings, Alumnus pages, links and details about the campus itself, historical information, and such), as well as the bare bones rules systems which go into the playing of any role playing game. I have attempted to integrate the two, but each can be treated separately.

If you need to get back to this page for any reason, just click the "Home" button in the sidebar!

Second, Carramba High School can be used as a background for many different role playing games, not the least of which are the two which I've combined - HoL and Teenagers from Outer Space. Neither of those products are copyright to me, obviously. Both of those products are USUALLY available at game stores or online. However HoL is out of print more often than not, and sadly its creators cannot be reached for personal contact. This is an UNAUTHORIZED, FAN production combining rules which appear in both systems. It is not made for sale, or distribution in any other way.

Big Eyes Small Mouth's rules will work just as well as TFOS or HOL, I will eventually put in "transfer papers" to convert to this system. If you know of other simple systems to use, please tell me. The simpler the better...

Carramba High is useful because it's a complete package. From the campus layout to class schedules, alumni and staff, current events and students to fill the classrooms. The only thing missing is YOU, and your world. Since Carramba High sits on a nexus of worlds, ANYTHING is possible there. Including YOUR universe having this campus on it.

Third, Carramba High is a work of love. I've put in a lot of work on this place, so please treat it carefully. If you've got suggestions, please feel free to email me about them! I encourage all works of fan fiction, artwork, and inspired other works from my own, so if you're going to flatter me enough by even wanting to place your characters in my world, or taking Carramba High (or your version of it) onto your own world, by all means do so - All I ask is a link or information telling your friends that this is where it came from. Simple, easy, and fair.

The other thing I ask is that if you wish to use any of the images or information off this site, you must NEVER link with html pointers to an image. That's bandwidth theft and it really messes everything up. If you want an image, please ASK for it, or tell me where you're putting it if you've right-clicked on it to save.

Otherwise, go have fun. If you want to make your own dice-rolled character, click on "Create A Teen" to start the process of becoming a student at Carramba High! Make a Radomly Generated Teen with this page!

Or, click on Alumni to see the current and past student body. Want to know what kind of classes you'll be taking at a school which has superheroes, furries, aliens and mages along side its "normal" populace? Check out the class schedule. Meet and greet the fascinating array of instructors and staff. Find out where each class is, what the campus looks like, and where you can get a Fruit Whip, by clicking on the Campus button! The place is waiting for you, start clicking!

If you want a bit more of an explanation of what the heck Carramba High is and where it is located, please head to the 'SPLAIN below.

A bit of a 'Splanation

Oliver Carramba was a very important explorer on Twoarth (one of the several different universes where Carramba High School resides), he discovered the land bridge between islands in the vast Pacific Ocean that joined the two halves of the world together: The Furry Side and the Human Side.

Since this discovery more than 300 years ago, relations between the Sides has been rough but gaining slowly but surely in establishing a two-sentient world. Both Sides still have their share of pure-sentient holdouts, and are often in the same or very similar parts of the mirrored worlds (hill billies... and hill billygoats).

However, since the construction of Carramba High almost 50 years ago, the area on which it was built has experienced many new changes. Crescent City, the most common and universal constant town where Carramba high has been built, appears to be a nexus of realities. In it, you’ll find super heroes, undead, space travelers, and all kinds of time travelers and such, mingling with the locals. Some of the locals are furry, some are not. So imagine if you will, the ability to send your child to a school where they’re going to be side by side with gods and goths, with powers and with talented kids. With all the people there, YOUR child will look like a saint.

Now... imagine another place, a faraway dark dismal place. Where convicts and criminals fight to survive and it’s a dog eat dog world. That world is Hol, the Human Occupied Landfill. There, people struggle and band together only rarely. They suffer from lack of proper hygene and from the occasional raid by the Spork.

Carramba High School has its share of Hol natives. They’re just getting acclimated to the “nice” parts of the world and seem willing to change their violent ways.

Some of them aren’t.

But you’ll have to figure out who is who once you get to the School, won’t you?

Teenagers On Hol is a system which uses both the Teenagers From Outer Space system and the HoL system, with liberal doses of my own words and wisdom.

The setting Carramba High School and all the people in it currently are (c) 2000-2014 Lethe Gray, and are only for use as background material.

This crossover is unauthorized by either company, so don’t tell them I wrote this.

Teenagers on Hol is a crossover project which combines aspects of character creation of both Hol and TFOS.
The system used is mostly d6, however there are times when using a d10 will be required, primarily during character construction.

The system of damage and such is pretty much TFOS: roll a d6 and take the Bonk. When your Bonk reaches zero, you’re out cold until someone revives you. Each time any reference to a weapon, device or such which does damage comes up, pretty much figure that it will do a certain number of d6 Bonk to the character or to the object in question.

Damage can also be “spiritual” or affecting your Cool score instead of the Bonk. Some can even be taken off Smarts, or other scores, depending on what effect the object is doing.

For all intents and purposes, when something is potentially funny, USE IT. If it means your character gets slimed — do it. If it means that they’ve just been Bonked even though you want to argue, just bite the bullet and let the players and the HolMeister (the game master to you uninitiated in Hol) laugh their little heads off.

Pass notes.
Collaborate.
Conspire.
Connive.
In fact, do all those things behind your friends backs, and see what happens.
To the Hol Meister: hand out rewards in the form of m&ms, or other treats. If the character needs to go “up” in something, just hand them their new ability score. Immediate rewards are always best in this game, because most of the time you’ll forget what happened before you go home for the night.

When trying to use skills, Knacks and powers, the same d6 rules apply. The HM will choose a target number (anywhere from 2, a baby could do this) to 20 or above (not even your local Gods try this at home) and the idea is to try and roll above that number with a d6.

Of course, you get to add your Skill, Knack or Power use (often a skill) to your basic Stat and THEN add the d6 to do this. That makes that 18 point target while you’re trying to drive through a space worm hole with a dog sled tied to the roof of your spaceship while singing the national anthem of Betelgeuse Five seem kinda easy.

You’ll still go splat, but you’ll recover. That’s what this is all about. The system is not as deadly than HOL (no one dies unless they’re going to come back as an evil twin or clone later on) but it’s far more realistic than TFOS (you can buy a condom in the med center — and probably get to use it if your Looks and Cool stand up to your chosen date!).

The map of Carramba High School I’ve provided should come in handy. The yearbook of the school, Engram, will show just who is whom, and who your character should be interacting with.

Don’t be afraid to add or delete classes or change the schedule. I’ve overdone the work into this anyway, there is WAY too much info here for such a little game. 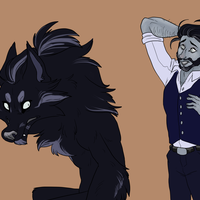 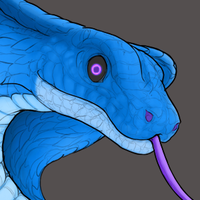