heyoo, i'm Era! currently working as a media expert (graphic design) apprentice. since i wanna get an overhaul done on my pages i'm temporarily using this profile until i can actually get work done. you may or may not know me from other fandoms that aren't directly tied to my works as a furry artist (i go by different names). Profile pic by SaiferFlake !

Posted 6 months, 25 days ago by ZuckEraz

I'm currently commissioning multiple artists for a project goal of mine- to gather a group of custom animal OCs based on the songs of my favorite band RAISE A SUILEN. If you happen to stumble upon this and are interested in designing one (they're song-based designs and I give a lot of artistic freedom), I have a thread here where you can offer your commissions!

As of right now, RAS has 20 songs. I do not count covers and other original songs that are a collab with other bands, as much as I love those.

Definitely making these myself:

Got an idea in mind but may end up commissioning:

Not in any sort of stage of progress at the moment:

Off-limits species list for future commission orders:
(if I've given you a list with less animals listed here, dw, only the list I've given you applies to you! These r to reduce species repetition.) 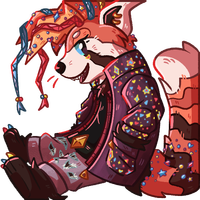 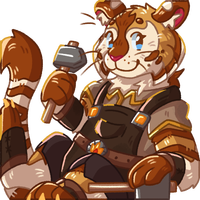 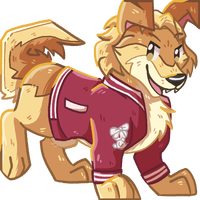 Hi, quite sorry for the long wait, started your arts this month. 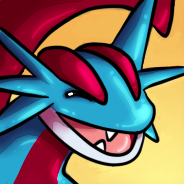 Hiya Zuck!! Thank you so much for favoriting Chip, I appreciate it a lot ^w^
I'm curious, what do you like the most about my ostrich bot? :3

No prob! I'm typically already quite a fan of more "unusual" animals, so Chip being an ostrich's already great. and then combined with such a unique concept, being an ostrich bot in a box is really cute. the retracted legs loaf version is especially lovely <3 just a very recognizable and easily memorable character overall!

I can offer doodles in exchange for this character. https://toyhou.se/2304216.offer