Humans have perfected the craft of creating artificial life. Life-like androids are built everyday, to do tasks that humans cannot, or no longer want, to do. They fight in wars, work in harsh environments, and serve as companions, all the while never looking out of place in human society.

Or, at least that was how it used to be. Tired of being treated like property, a faction of androids rose up against their creators and won their freedom through bloodshed and violence. Their single rebellion soon turned into an insurgency, and now the world is slowly being devoured by conflicts between humans and androids, with neither side willing to give up the fight. 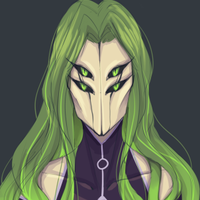