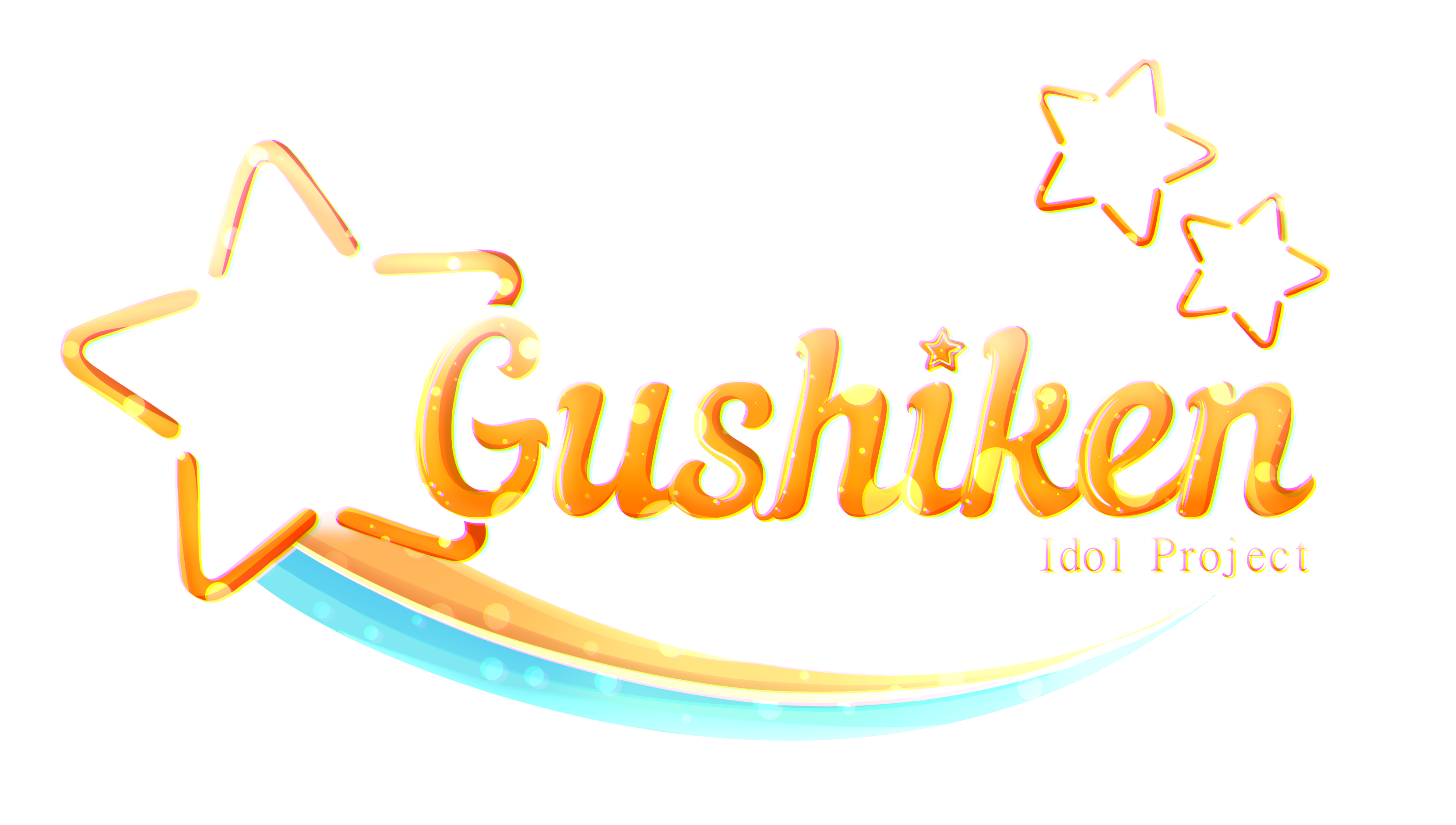 Gushiken Academy is a high-rated idol training academy in Tokyo, Japan. It's know for it's high-stakes audition process and competitive atmosphere as well as it's talented and succesful students. Broken into 2 branches with partnering producer courses, Gushiken consists of fully fledged student units and stage crew.

The Gushiken Idol Project is a virtual multi-unit idol project officially establishing in July 2020. With what started as a gacha game editing group self-run by HeavenHoshii became a fully fledged original project with music, art, voice actors and much more planned! Gushiken currently consists of 12 debuted units and many more in production.

A 2nd year girl named Nagisa Igarashi begins a unit with her 1st year accomplice, Chinatsu Shimizu, in an attempt to create a fresh start. On the otherside, a unit called ROXY fails their first live of the year and subsequently disbands. Hitomu Fukui, an idol desperate for the validation of success, catches wind of Nagisa's new unit and joins the same night she'd quit ROXY. Becoming the stepping stone for the rest of the ROXY members to follow in toe. An alliance will be formed!

Nautiance must fight hard to earn their place amongst the best of the best in Gushiken Academy and make it to the finals of the ever dreaded grading, SSIPA.

SSIPA is a national idol assessment where finalists of several competition tiers compete to win the Cassiopeia’s prism, which is given to each unit member during the winner crowning. Winners of SSIPA are given wide coverage inside and out of Japan and are given a chance to perform and tour in multiple places all via the foundation running SSIPA.

Winners are decided through 2 factors, judge rating and audience votes. The average ranking will be calculated and extra points will be added.

Students had been complaining about how boring and uninteresting their school activities have been lately, so all class presidents and vice presidents met had a meeting to discuss some ideas. many hours later and the idea of a host club had come up, no one bat an eye at the idea and quickly skimmed over it. minato who is vice class president enjoyed the idea and thought that students would genuinely enjoy it, but she was to scared to speak up for herself. natsuki (class president) noticed and once the meeting ended the the two had a small chat, minato speaking her mind to natsuki, and natsuki believing in her and her idea. minato felt discouraged to speak her mind and just brushed of the idea, natsuki stopped and and filled the girl up with confidence and courage so that she can tell the council next week.

A week passed and meeting had struck up again, once everyone had been seated minato stood up and spoke her mind about the host club, telling all the other class presidents that she and natsuki will take the host club into their own hands. gaining alot of judgmental look and a few chuckles, clearly no one believed in them. not caring the two got to work quickly with spreading the word around the school about a new host club, at first no one cared and didn't take much interest in it, disheartening the girls but not giving up!! a few weeks had passed and many hosts had joined and the club was thriving, the class presidents did not like that the idea they had had been taken and made into the most successful thing the school has ever seen.

A classy and harmonious unit.

The solo idols of Gushiken.

A bright and playful unit consisting of 5 members.

The solo idols of Gushiken.