Link has a new idea to try in the bedroom, but he's too shy to bring it up to Hawkes. Mallaidh encourages him, sweet as she always is, and he eventually finds his voice. Hawkes, as ever, is receptive to his husband. In return, he's shown a VERY good time.

Shooting stars are rare on Kyuudou Island and tracked by the elders. When one passes through the sky, Neko watches it from the beach, only to realize that it's not a star, but some sort of ship. A traveler? She realizes quickly that the ship is crashing, and soon sees a boy, floating limply in the waves. There is no question: she must rescue him, and she must care for him. They spend time getting to know each other after the boy, Sora, awakens. Neko desperately wants to run away with him, but will she get the chance?

Pritchard has been up all night...and might be suffering from a caffeine overdose. She gets caught by Bones, admonished, and has her Captain called to take her home. But the way she looks at him...he almost thinks she planned it.

That Night on Promise Hill

Main character dies, other mains sit beside her body. Mentions of decomposition.

"It was hard to think about, but it was harder to look at the spot where she lay. The way she’d screamed when that last strike took her down. The way she screamed his name." 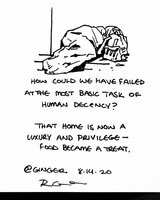 Red is left alone in Clay's office, waiting for him, when he comes across something special. [Written by theswordidtruth]