(I have some ungenerated codes sitting around, and nobody to offer them to. Let me know if you'd like one.   )

(Also--due to severe anxiety and a long history of online harassment, I can't promise anything, but I'm more likely to respond to comments on my profile than to private messages. If I fail to respond it's most likely nothing personal, I'm just...no good at this stuff.)

Please NOTE that some of my writing and character summaries (especially those in the D Is For Damien and The Ameni Chronicles storylines) feature ADULT/SENSITIVE THEMES, including but not limited to: violence, sexuality, adult language, bigotry, child abuse, rape, substance abuse, trauma, mental illness, illegal activity, suicide, "alternative" lifestyles, and the occult. Naturally, I will not post my more objectionable work here, though there will be references to the above in character profiles and in writing I might post to the site. I'll attempt to include the proper disclaimers when this occurs.

Welcome to my page! I'm primarily a writer (though I do have a dumb art blog) and have LOADS of characters (I recently did a count of the listed characters from my Minot spinoff storyline, the three Manitou Island serials (and a few characters from sidestories), the listed characters from the Trench Rats storyline, and those from The Ameni Chronicles, and came up with over 400...but that's still not counting my Kemet characters, those from my other D Is For Damien novels, my shorter stories, older storylines, etc.) but suck at drawing, so this may take a while. These spoilers are just to make my page easier to take in at a glance--there's nothing nasty to view here! I'd spice it up some but I can't understand CSS no matter what I do plus I believe in function over form (i. e., the content is what counts). And yes, I'm always this wordy.

I'm disabled and live in northern Lower Michigan; my life has been pretty dull and lonely and depressing for decades and not even therapists are interested in hearing about that, so that's all I'll write about it. One thing that springs from all that isolated free time is constant daydreaming, and from that springs a lifetime of characters and writing. I've been writing "officially" since age eleven (I'm now in my forties), though I also wrote childhood stories before that. Over time my writing fell into four main storylines, three of which can crossover (though I haven't done that very much in ages), one which can't. In addition, there are various differing storylines/spinoffs within the different main storylines; over the years my interest in many of these has waned, and characters from those stories have been repurposed into stories I'm more interested in, so some characters are a lot more active than others. Oh goodness this is complicated. I have literally hundreds and hundreds of characters so if I stick with this, eventually you'll see what I mean.

I'm s-l-o-w-l-y working on trying to draw my own characters. My skills are still subpar and many character appearances are still open to interpretation, though; please read character descriptions AND image captions for info. This is due to me 1. lacking general skills for drawing humans*, and 2. having great difficulty differentiating/describing individual aspects of human faces. Meaning, my characters mostly end up looking the same. :/ I haven't found any doll makers/avatar creators that can adequately depict the characters I can somewhat envision (especially male characters), and since I completely lack readers and have nothing of value to offer in trade, I don't have anyone to draw my characters for me, either. I refuse to request others to draw my characters, especially for free, even if an artist is taking requests, since I know how much work goes into such things; so please do not interpret any comments I make onsite to be art requests. THAT BEING SAID...if you stumble across anyone of mine and feel a bizarre compulsion to try to draw them based on what description I'm able to give, please feel free, all I ask is you 1. credit me as the owner/creator and 2. send me a copy so I can put it on the character page and credit you and gush over it. Alternately, if you know a good doll maker/avatar site, send it my way.

I've been tempted at times to try drawing others' characters, but repeat experience has taught me people don't like when I try to gift them things, and I really don't want to offend anyone with my cruddy artistic interpretation of their characters, so...well, don't worry, I won't steal or misuse your stuff. ¯\_(ツ)_/¯ I have no reason to believe anyone will be inspired enough to steal my stuff either, but you catch my drift, no stealing my guys yadda yadda yadda.

(*Fun fact--most of my characters actually started out as anthropomorphic animals!--mostly dogs and cats. Sometimes I still envision them this way (in particular, the earlier D Is For Damien characters), and once in a while out of grumpiness over my lack of art skills I feel like reverting to their animal form, but I can't really draw those well, either...and I was ridiculed in the past for my animal characters...so with the exceptions of The Ameni Chronicles (which doesn't really count since they're a unique species and it still features humans) and The Trench Rats, basically everyone is human now. This explains the combo of "human" and "anthro" tags on some characters; I apply these to all characters in a storyline that was formerly anthro, even if the characters have only ever been drawn in human form.)

Here is a brief summary of my main storylines; you can find out more in each folder:

Named after the second novel in the series. This started out as an occult/paranormal series of novels around 1989-90, but over time has morphed more into crime/psychological drama. This informally split into the original, Michigan-set series featuring protagonist Damien, and a spinoff featuring police characters in Minot, North Dakota (thus the spinoff name "Minot"). I still consider it one series, just that it's changed focus. It includes the finished (out of order and out of date) novels Lucifer, D Is For Damien, Minot, and various shorter items.

(In this storyline, I also include various unfinished novels that aren't set in this series--the main example being an old paranormal novel, True Believers, and its sequels--because they feature characters who occasionally appear in and interact with the characters in the main series, and essentially take place in the same reality. None of these items have been completed, as far as I can recall.)

Named after one of the novels in a proposed trilogy/location where the series takes place. This started out as a very childish "novel" I wrote around 1987-88, called King Kuts, featuring anthropomorphic animals in ancient Egypt. I wrote many series stories in this timeline before shifting focus to Egyptian mythology; the first version of Horus was written in the late Eighties and was much different from the current version, written in 1998, and now itself out of date. I stopped writing about King Kuts and the related characters (aside from those who crossed over into the D Is For Damien series) and switched entirely to my "Kemet" storyline of proposed novels. A story collection called City Of The Sun was broken into separate shorter items while I reserved the title for a possible future novel. This includes the finished (out of date) novel Horus and many novellas/short stories.

...is a spinoff series set in the Kemet/Horus storyline, though there's very little crossover between characters. TAC is an adult/erotica anthro series which I cannot share here, though I may include character profiles at a future point. This is an in-progress serial which is currently on hiatus.

Named after the first serial. This sprang out of an unfinished collaboration I worked on with a friend in the late Eighties/early Nineties, a fantasy set on Mackinac Island, featuring original characters and, later, ones from Ojibwa mythology. The original story featured crossover characters from the King Kuts/D Is For Damien storylines but over time these have been eliminated in favor of characters unique to this storyline. In the Nineties I wrote two sets of short stories, The Legends Of Manitou Island and The Further Legends Of Manitou Island; these have been lost, but they inspired the creation of the rest of the storyline. In 2001 I began writing the first serial, Manitou Island, featuring newly created protagonist Charmian. This storyline now includes two completed serials, Manitou Island and Return To Manitou Island, as well as the in-progress serial Escape From Manitou Island, numerous shorter items, and there is a proposed fourth serial, Beneath Manitou Island.

Named after an old version of an unfinished novel/serial. This is probably the oldest of my storylines (and the only one which doesn't cross over with the others), an anthro series set in WWII (yes, WWII, not WWI), with proposed spinoffs set in Vietnam (The Tunnel Rats) and the Gulf War (The Desert Rats); unfortunately, I've mostly lost interest in it, so it's on indefinite hiatus. None of the official items in this storyline have ever been completed.

EDIT, as of November 2021 (still going as of July 2022), new characters and plot for this series have been literally gushing out of me after over two decades of inactivity. I have NO idea what's caused this or how long it will continue, but as long as this is my current obsession I'll take advantage of it. Expect a lot here, for now!

At a future time I may create a folder for abandoned childhood characters that don't fit into any of these storylines; not sure.

That's about it. I have the worst case of online social anxiety I know of (I'm sadly not exaggerating, I have yet to come across anyone else like me    ), so I'm slow to respond, if ever, but I still really appreciate any positive attention any of my work can get because it really doesn't get much. I hope somebody enjoys something! 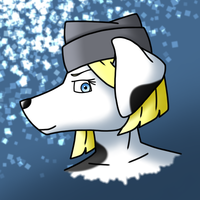 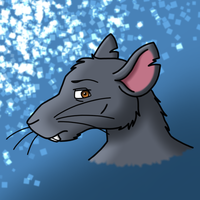 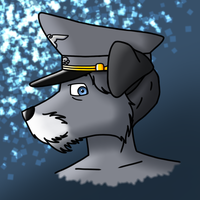 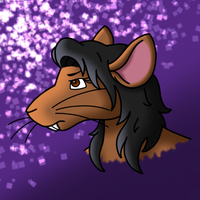 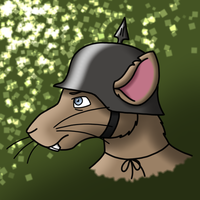 I finally finished the novel that is the profile of Otto Himmel.

If I could find the motivation and dedication to do this to each of the new profiles spewing out of my head lately, it'd be nice. But wow that was draining.

I've considered starting a forum thread about the phenomenon I'm experiencing regarding a storyline that's been dead and defunct for decades suddenly bubbling to the surface and spitting out new characters and plot left and right, but I'm not sure anyone would read or respond...similar to my novel-length profiles.

Anyway, I hope someday somebody actually reads it and enjoys it. 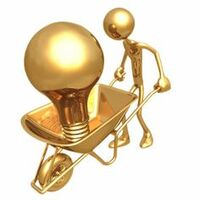 hey. you're a good person. 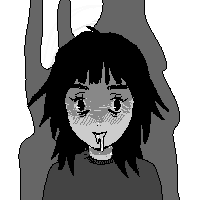 hey it's me (roxslide) not sure if you remember me ! thanks for following me back and i'm really happy you are still enjoying the site ! hope you are doing well !

Hi! I feel silly I didn't recognize you when I've even looked at your art before on your blog.   I have so much catching up to try to do here but it's fun, I just wish I were faster at it. Thanks for adding me! I really love your writing. Your characters are intriguing and believable!

Thank you, I'm glad you enjoyed!

Oh neat! I figured out how to move my bulletin down and my characters up! Only took me two years!