Andromeda and Sativus, better known as Mika and Sati, are set to graduate from the academy training program into the full ranks of the military. Mika is set to to apprentice under Lamont - one of the heads of research who's usually found working at the HQ Library, and the same man Mika's been tormenting with her bad library etiquette since first joining the academy. While she works to cooperate with her assigned mentor, Sati is transferred out to the infantry on the front lines. As the war presses on over the years, what seemed to originally be a backdrop to their lives turns into a more pressing matter as the researchers are called to move forward and become more engaged with the active infantry. They've both moved up in the ranks by now, and they find themselves working together again as researcher and staff sergeant. However, after the suspicious sudden death of Lamont, Mika starts to think there's more going on at the HQ than she originally thought. She starts trying to decode her mentor's notes while keeping up with Sati and her responsibilities at the camp, growing more and more uneasy with the questions she's starting to ask herself about what the war is really about and what have she and her best friend dedicated their lives to.
PINTEREST
Drawing inspiration from Fullmetal Alchemist by Hiromu Arakawa, Name of the Wind by Patrick Rothfuss, Julius Caesar by William Shakespeare, War and Peace by Leo Tolstoy, The Brothers Karamazov by Fyodor Dostoevsky, Leon Trotsky, and Shin Megami Tensei IV. 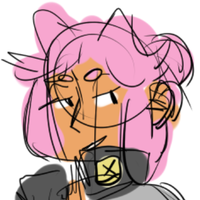 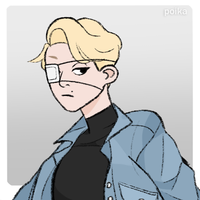 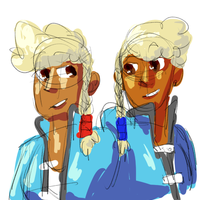 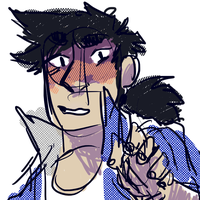 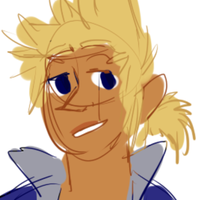