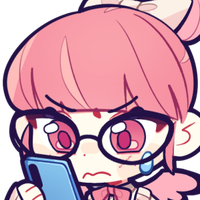 Posted 1 year, 10 months ago by Pinky

Started in November 2020.... I'm not the best at remembering to record when I make updates but I shall try to make note of it.
Please note I only mark updates for paid content, for freebies ya just gonna have to browse the freebie folders!

Updated Tug CSS to have option for static sidebar

Updated Card CSS so the banner height can now be customized

Retired my old "Topnav" bundle & replaced it with the smaller version, Basics

Upgraded Fringe (premium)
added in features to turn recent images on/off, make the content corners round or sharp, set both a background pattern & color (to allow an overlay bg), and customize the divifer line color
Old HTML/CSS versions will still work fine, it is advised you download the new versions and upgrade for future uses of this layout

Updated premium layouts Topnav, Stripe, and Lux with the option to have full width background images.

Back in August I did a music player fix to all my layouts that have music player buttons - if you had previously purchased anything with a music player before this point, please re-download the HTML to get the fixed version.
This effected a lot of layouts including: Toggle, Overview, Image, Frills (HTML & Premium), Fresh, Fringe & Mild