Posted 6 months, 3 days ago by zinnia

0 Votes emmy
1 Votes lune
2 Votes basil
4 Votes why would they fight they should be friends :(

yes i know its 1am no i do not care. anyways

but! while pokeau doesnt really have an 'official' birthday, i've always considered the 21st of november to be the anniversary! which is to say;

waow its really been 7 whole ass years hasnt it?

even though my health is kind of. continually getting worse i'm still very glad its a thing i made and makes me happy especially going thru All This

im like 600 words into emmy's story section (which is. not as far in as it should be. its gonna be long this is why she was last) and hopefully will have it done by the end of the year????? then i can start my quest of upgrading everyone's bios to the endgame/postgame arcs :3c and also porting them over to tumblr which ive been putting off lawl

anyways thanks to people who've stuck with me and these weird pokemon people, no matter for however short or long \o/ Looking forward to what’s to come! 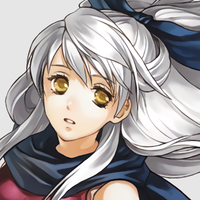 yEAHHH HAP BORTH POKEAU!! lov this funky verse of yours <3