Posted 1 year, 7 months ago by callilux

Artfight
...And, just a little bit late to the party, Artfight is now over! Though I fizzled out near the end, I enjoyed the event a lot and it was nice to have an excuse to draw some fanart and bump into some cool new artists. I still have some revenges I wanna do, but those will be on the backburner for now while I replenish my Art Energies. SOMEDAY, though!

But also. I'll now, finally, be uploading the attacks I received during the month! \o/ Please enjoy this bomb of fanarts, because I do.

Tumblin'
Now what else have I been up to lately.

Well I made a tumblr. I'm mostly using it for character stuff, following some prompt blogs, doing meme shit, and occasionally reblogging setting inspo photo things. I'll probably upload some sketches or doodles on there too that are too slapdash to go on profiles. I'm not sure how active I'll be on it overall, but hey it's a thing that exists now.


Template Update
So I've had premium for a little while now and decided I may as well use it to spruce up my character profiles. That sprucing turned into a whole new profile template, which I've already slapped on Cam.

Ideally, the most important information is now a little easier to find and parse. The big fat story blob now has its own tab with more space. Aesthetic tab is gone since I wasn't using it anyway. Otherwise things are pretty much the same. I'll try to be more timely in moving things over to this template, but if I wind up getting stuck on someone's story and having to plot it all out like with Raum again, lol, no promises. (Looking at you Lisbet, Camille, Trivia/Swift). Hopefully this one will last more than just a few months >_<

Oh yeah, and here's the real crazy thing about this profile. It doesn't FUCKING EXPLODE on mobile. wAOH!

Thanks for reading. Have a good day everyone >:u 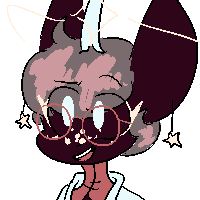 the new template is REALLY COOL... the overview is a really great little tl;dr for everyone (it counts as a tl;dr for your profiles fsldfksf). i love the fact that you list the constellations for the castes (i imagine you did before but i didnt notice oops). i think i meant to ask ages ago, but how are cusps handled? do they just not exist at all in their calendar? (i'm a libra-scorpio cusp and both fall under external affairs anyways, but i was curious!)

also i love the relationship tab for camille and camellia. the most elaborate form of "stop hitting yourself" ever. it's great

i love the little popup boxes, they're so nifty! and i really appreciate that they sort in a specific way, that's actually super nice! and i appreciate that they stick if you change the lower tabs. i think my only issue with them is that i was opening so many to read and the font's so small that i ended up squinting by the fourth or fifth and that started to hurt after a while OTL but i know i have weak eyes anyways so maybe that's just a me problem

Yeeee \o/ I was hoping to hear your thoughts on this one, glad it's a success!

>it counts as a tl;dr
Lol no kidding >_< (eyes glaze over, gaze mysteriously gravitates toward phoenix, zachary, raum)

>i imagine you did before but i didnt notice oops
Nah it was off in the lore infodump forum, which while useful to me, really isn't a conveniently visible place for readers. The specific thread is here though if you're interested in them d33p t3rran lor3

>how are cusps handled?
Man I gotta be honest with you, I barely know anything about astrology/astronomy, so I am totally winging this. In my head though, the they've figured out some kind of measurement system that associates people's birth times/locations to specific stars, rather than the "ruling" sign as a whole... so with that specificity, they could probably determine which of the two cusp signs contains the birth star. Which does eliminate the concept of cusps, in retrospect.

They also have some kind of wacky system that lets you be born under signs that aren't like... the 12 zodiac signs. I have no idea how they've figured that one out, but they have.

thats it thats goh in a nutshell. "cam stop hitting yourself"

>the little popup boxes
yeee >:o it's my attempt to put all the jargon terms and exposition stuff somewhere more accessible, but the downside is.... I spend so many words on describing even minor/passing jargon terms, that

>font's so small that i ended up squinting
this

happens. The only alternatives I can think of are putting scrollboxes on the cards themselves... which I have done, but I'm trying to avoid having them appear too often by making the font small. Tiny text or myriad scrollbars... I'm not sure which evil I want, but I'll try bumping up the text size a little bit, at least.

I've also thought about putting a scrollbar on the entire string of cards, so it's possible to have 20 open and not have to close previous ones while reading, but just imagining how that would look is an aesthetic nightmare. Then again, practicality over aesthetic dictates I should at least try it out and see if it works

THE CUSP THING MAKES SENSE i mean they have an entire chunk of their population dedicated to getting this down to a science it's not out of the question to think they'd be able to figure out exact stars and whatnot
they still make mistakes though RIP. gg you guys

AND YEAH I UNDERSTAND ABOUT THE BOXES... personally i didnt find the scrolling ones too intrusive? AESTHETIC IS SO HARD....

Yessss! Thank you. I'm happy with it, but just worried about filling it with so many WORDS that even the front page is a little overwhelming. But perhaps that's a decent warning for what to expect from the rest of this stuff lol

oh man i shoulda waited to post my piece on tumblr... now it's weirdly credited for no reason... i am a fool..,,,, i'm enjoying seeing all the other bird pics tho >:00

God yes there's a whole aviary of lovely bird now. I am a happy plum.

And thank you! I'm happy with the template itself, I'm just worried I'll wind up going all WORDS all over the place all the time with it >_< oh well it's what you sign up for with me Oh darn you're losing quite the weapon though, being able to destroy people's phones.

Who says I lost it?

Oh no. .. then you can bring it out when we least expect it. It'd be a innocent day of browsing th on mobile when all of a sudden your profiles come up and that's it. That's the end of everything.

Live in terror, fellow toyhouse denizens. Your desire for a convenient, portable internet browsing experience shall not go unpunished, someday...