How long have you been on TH?

Posted 2 years, 1 day ago by Caine

When did you join?

Do you still remember how you were invited? What was the site like when you joined, and have things changed since then? Do you have any memorable TH moments or big updates you remember particularly well? Have you had any long hiatuses on the site? Feel free to share & add more of your own too if you wish!

i joined in october of 2015 ! though i kinda used th on and off throughout then and only got 'active' early 2017-2018 iirc? which is when i found out the forums existed

the only real update i remember is ... not being able to add more than one character to an image lol
some of my older char galleries still have duplicate uploads from when before that was a thing I joined nearly 2 years ago (2017), and I remembered getting an invite code for free on Deviantart, but I don't know where on this site I got it from, though. 2018, however, is when I started to become more active.

The site didn't change that much to me, though since then, the updates to this site became a lot more generous to me. I don't really remember any TH moments though. I only go on hiatus when I'm on vacation or stuff like that, but otherwise, I only do it ocassionally.

The first character that I ever uploaded to this site was Ruka, who is now retired, alongside everyone else that I uploaded during my first four months on this site. At first, I'm only limited to creatures, but as time went by, I got more interested in humanoids, and my designing skills improved as well.

I joined under the username "AORIMARU" (Named after my former sona), I had undergone several username changes, and after changing my username to "Historia", I haven't changed it since.

Most people seem to recognize me as "the person who always use Lilina from Fire Emblem as her icon", but prior to February of 2018, I didn't know who Lilina was, up until the point when the Love Abounds banner in Fire Emblem Heroes went live, and I desperately summoned multiple times just to get LA!Lilina until I finally got her. I didn't summon the regular version, until two months later just a few days after she got her (Really good) weapon refine. Back on topic, Lilina became pretty much of a staple to my account.

Since I'm mostly active on the forums, I got more into it, and became one of the many forumgoers/regulars on this site.

I got a invite during Artfight 2017 (July). I didn't know anyone here at first and I didn't really know how to use the site well, so I didn't upload my characters until that September, and I didn't start using the forums until January 2018, when my friend Raddishes became active here. c':

I have been here since March 2015 so I feel like I sort of remember pretty much all the updates since then because apparently I have just. no other life but to hang out on TH?? I didn't use the forums much at first though but recall getting actively later on in 2015 and increasing in activity in 2016 when I got more into adopt business. I have seen my Fair Share of forum drama though and still remember a lot of users associated and it feels wild to browse old profiles and be like "yeah this user left in 201X after drama X" and "this one was practically chased out because of off-site conflict" it's like walking in a museum sometimes.

I also remember users who used to be active in general but then either deleted, sort of faded away or just stopped using the forums and made their account strictly an OC storage. The atmosphere on the forums has already shifted several times too, sometimes for the better and sometimes... not better.

Oh yeah also one major change I remember is when the most popular characters bar was on the front page as a default and people would try their hardest to get their character on that top row? Like I always considered it a fun game that pushed me to put more effort into my profiles but sadly it escalated fast and was then finally removed after so much drama and misuse. Also, during that time joke characters were a HUGE thing bc those easily got faves and once they hit the front page they'd get even more likes, and this joke character thing (if I recall correctly) also ended up being the reason the rules now state racist caricatures etc are strictly not allowed here. 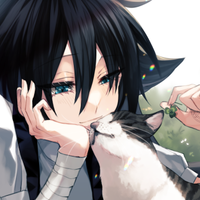 I got invited by joining a random raffle in dA and won through that! Joined around March 2017 2018 and had a small phase of inactivity because ajkdhja everything was quite overwhelming to me back then but now I use Toyhouse more than I use Twitter lol

Also hearing about how much TH have changed makes me wonder how much the site have evolved since then, especially during when TH codes are considered a valueable thing to trade for money/art lol

(I still use Weebly as my main infodump for my characters but this is my first OC-centric community I've joined that isn't some kind of discord server or smth. And Charahub barely had interactions lmao)

Edit: I forgot it's already 2019 so I joined during 2018. Weirdly enough I voted the right year lol

I joined back in December 2016. I believe I got my code from Flight Rising? I’m not too sure. I wasn’t really active back then so I’m not sure what’s changed since then.

I started being more active this past summer since I wasn’t using dA as much and I wanted to get back into really using my ocs c:

Jan 2015 apparently if I recall correctly.

Probably some other stuff too, I just can't remember them.
2 years, 1 day ago