Posted 1 year, 11 months ago by strwbeary

I love to share my art but I can't figure out which site is best to upload to (I've tried fa, da, twitter, and insta).
Which site do ya'll think is best for uploading art / which ones do you use most? I just want to stick with one since managing multiple stresses me out.

also sorry if this thread has been made before! 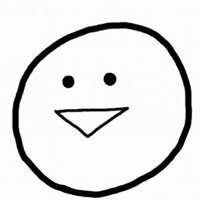 DA is my main art site. I also use Colors3D (a small and rather little-known art app for the Nintendo 3DS), and I post most of my art here on TH too. Though I don't consider TH an art website, I like my characters to have nice galleries.

I'm also considering using Instagram after several people told me that it's a decent site for posting art.

I didn't think of apps. Since I do my digital drawing in Sony Sketch, that's the "community" it gets posted to, when I remember to do so, that is. Unfortunately it's impossible to get noticed there unless you're already very skilled and/or popular, or willing to Spam-like others' work in the hopes they'll like you in return. (The one "follower" I've gained in the time I've been there--since September last year--I'm pretty sure that's why they added me, since they have so many followers they can't add any more. Plus their art, while not the kind of art I care for, is far more advanced than mine, so I know they're not watching me for my stellar skills.) And I've noticed that most of the art submitted by others is fanart, hashtagged contest entries, and collaborations/remakes (I might find a pic I like, then when I follow the hashtag I see it's in fact not original and hundreds/thousands of others have also recolored it)...a lot of it isn't even made in the app. The one artist I briefly followed only seemed to upload screencaps from another app/program.

I don't do hashtags/contests/collabs and really dislike the "watch for a watch" culture (annoyingly, most of the very few comments I get on my art are of the "Join such-and-such contest!" or "Please follow me!" variety--and I notice those users don't follow me first 😄 ), so I won't get noticed there unless I somehow get REALLY skilled and...I was going to say, well known/popular, but that's kind of silly, saying I won't get popular unless I get popular. Ironically true, though. ¯\_(ツ)_/¯

It might be a good art community for sociable users who are able to more aggressively put themselves out there. It seems to have loads of users who might notice one's work (many seem to be located in eastern Europe). They have the hashtags and collabs and featured artists. And apparently one can post their non-digital work, photos, and art made in other apps there.

Instagram and Amino are what I use. I used to have dA but I left last September because I didn’t really like it anymore for multiple reasons. I also occasionally post art on Toyhouse. 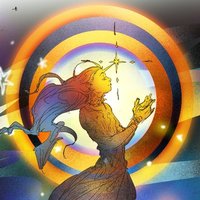 I post on Tumblr, Deviantart, Instagram, Pixiv, Twitter and Artstation. Mostly because I think it will help me in my career to post in a lot of places.  I also post on my personal blog just for me to keep track of what I do and reflect. 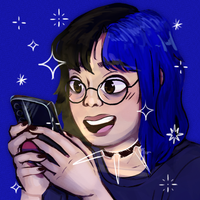 i mostly just upload here and on instagram. i feel like i'll primarily upload on instagram in my future career since that's where i get the most interaction, plus it's hard for me to upload on more websites since i have school n stuff :^/