Posted 1 year, 3 months ago by strwbeary

I love to share my art but I can't figure out which site is best to upload to (I've tried fa, da, twitter, and insta).
Which site do ya'll think is best for uploading art / which ones do you use most? I just want to stick with one since managing multiple stresses me out.

also sorry if this thread has been made before!

i've pretty much migrated from deviantART to toyhouse. i upload usually whenever i put a new piece into my dumping grounds folder. very rarely do i upload to dA anymore.

i don't get much exposure on any of those sites tho (except MAYBE insta if i spam tags) so i like posting in FB groups the most bc ur sharing directly w/ ppl interested in it bc its content (eg i post in skyrim, spyro, and fantroll groups the most)

DA if it's more finished stuff, twitter for doodles & junk! 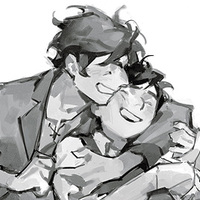 twitter and tumblr primarily since those two have my biggest followings. dA and instagram are a hassle to upload to because I don't really get as much attention as I'd like, at least in comparison to my other accounts - not to mention the formats are kind of annoying. DA (for stash only. I don't post art there publicly anymore)

Insta (but honestly it's so inactive and I'm picky with what I post there ; v ; )) Mainly instagram because I have a larger following and it's plain easy to gain attention. I kinda don't use deviantart anymore but is good for adoptables. I also use tumblr, twitter and pixiv for fanart only and TH for all my oc related art.

I post on Twitter and DeviantArt too. I don't really get attention on those sites no matter how hard I try though :')
And, I post on Tumblr, but tbh, I only really do it so my friends can tag me in stuff. 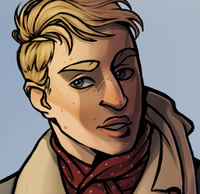 Toyhouse is my main but I also use tumblr, deviantart and furaffinity. I love TH because it's such a handy catch-all place especially now literature submissions is a thing.

The groups feature on DA helps with getting noticed though it's hard finding active groups these days. DA's also where the bulk of my watchers are. I mostly get noticed by fav bots which is annoying but I have noticed I've got a few regulars faving my art now which is nice and appreciated!

FA was intended to be an NSFW gallery but I don't dabble into NSFW that often so I started putting my general art there too. My art def gets looked at more on FA but not had much luck with actually building a following. Though tbf  I'm still getting a gallery together and haven't really followed or interacted with anyone other than a friend yet.

Same with tumblr no luck there trying to gain a following though I am terrible at tagging and that probably factors into it.

I'm tempted by Insta but I already have an account there for work photos and I don't want to risk it managing to connect to my facebook then suggesting me to family and friends. Especially since Insta's already pretty much locked me out and refused to log in unless I connected my Insta account to facebook (despite the fact I'd gone through the make account with a password and email option because I don't want everything connected to facebook). Mainly because I don't want the risk of IRL people seeing my FA link thus seeing my NSFW stuff but I like to keep that I draw fairly under the radar unless with like-minded people or I get friends begging me to draw their horse for free (even though I don't do horse art but hey).

Did have a Weasyl but didn't get on with the UI.

dA for polished works nowadays, but i used to upload everything on there. Instagram for polished things too. toyhouse is where ALL things go now except fanart, which goes on twitter. i dont use tumblr anymore Weaysl, although i don't upload art a lot anymore ;w;

I use DeviantArt for posting the majority of my art