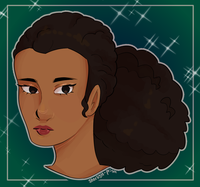 Show me your Harry Potter OCs!

Here's my example - this is Emerald, she's my Slytherin bab, her aspiration is to become a healer whether physical or mental & her best friend is a Ravenclaw named Sage (aka my self-insert). Her story takes place in 2019, so next-gen era, and she's 15. Here's a link to more info because I don't feel like typing it all out again.

So, now that I've shown off mine: show me your Harry Potter FCs! They can be as tightly or loosely adhered to canon as you want.

The only rule is don't be a jerk, but I shouldn't have a problem with it. Raina was created for a HP themed roleplay.

Her full name is Raina Simmons. She has a twin sister named Kaylee. They were both in Slytherin.

While they are identical twins, it is easy to tell them apart. Kaylee loves fashion, and she's bubbly and outgoing. Raina always wears jeans and a t-shirt, and she's a loner, and kinda grumpy. They love each other, and are very close.

In the roleplay, they're 27 years old and they were trained to be aurors.

Raina got cursed during one of her missions. After that she had mental issue's. Therapy didn't work so she started self medicating, and after showing up drunk repeatedly, she got fired. She continued making a mess of her life for a while but eventually she sorted things out. Now she works as a PI. 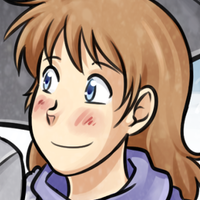 I have Soma! She's actually just an OC that I have a HP AU for though ; w ;

In the AU she's a Muggleborn who didn't learn she was a witch until she was in her 20s, as the magical government failed to ever properly notify her family of her powers. So now as an adult with an already established life, she's taken for a loop while she has to learn of this whole other world she never knew existed. She has to attend a magical school - meant for children and teens - while also keeping up with her muggle life and making sure the magical aspect of her life is kept a secret.

Would be sorted into Ravenclaw. Favorite spells include Cheering Charm, Repairing Charm, Episky, Flocking Charm, and Undetectable Extension Charm. Charms, Transfiguration, and Care of Magical Creatures would be her best subjects.

Basically I wanted her to attend Hogwarts and be friends with the teachers and other adult characters from the series, while also being in the timeline of the Golden Trio as well. <3

I also have Sev, who although isn't meant to be in the HP-verse, is highly based/inspired by Severus Snape. Sanna Isotalo! From a roleplay with a friend of mine, which never went anywhere, but I like the idea behind her so I might use her some more in the future.

She's a squib from a loving pure-blooded household (to contrast against the ones who locked their squibs away). Her family emigrated to the UK from "somewhere in Karelia" during the ending years of the First Wizarding War, possibly to protect their squib-of-a-daughter. Her parents try to encourage the girl to be interested either in magicless wizarding jobs or muggle stuff but all she's after is finding a way to attend Hogwarts like all the other wizarding kids and she's not giving up even when assured it not being possible.

The roleplay would've likely dealt with parts of the Wizarding World not canonized and been about her quest in finding an alternative way to get magic powers, as new resources became available to her upon growing up. She did actually end up getting her Hogwarts invitation and didn't think too deeply on it, on account of being an excited 11-year-old, but out-of-game I wonder if the game master had any deeper motives in mind for why she was let into the castle with no magical abilities (i.e. was she a test case? Was it the safest place for whatever or whoever her family had left behind in Karelia? Was there a deeper reason for her lack of magic? We'll never know, making these mysteries up was the game masters job and I don't think she remembers anymore. :P). The server's canon is in the 2020s as of right now, and my friends and I have developed a lot of themes about growing up, maturity, confidence, and other stupid teen stuff within our characters and it's been great

Anyways my character is Isaac; he's a loud and hyperactive Hufflepuff who's a Chaser for the Quidditch team. He was Muggle-raised, since his wizard father left his family early on, so he's still learning about the wizarding world and developing a lot of character relationships! He's also afraid of growing up/maturity, which creates a lot of conflict with his classmates since adolescence is not kind I have this lil ravenclaw dork :3 Haven't worked on him that much yet though :/ Haven't been the most active in using him lately because ive been either busy irl or focusing on my other main ocs but I do want to use him more !!
I also need to kind of update his profile since its a bit outdated and information needs to be fixed but uhhh YEAHHH 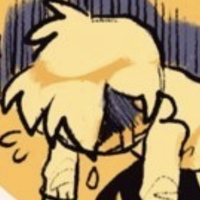 !!! So many amazing ocs!! This is making me want to put up my sadly retiered Ravenclaw Student and Beauxbatons boy. It has been years and years...