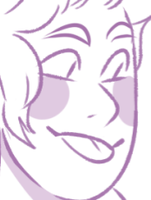 show me your ✨SUPERHEROS✨

...and villans too if youre INTO THAT!

Hello! Im back with another hyper fixation! Please shower me in your superheros, feel free to ramble on abt their backstory and powers, i just want some recognition there are other people out there that are into this stuff.

Any genre btw! Magical girls...ben ten... my hero.. marvel any its all good here. no gatekeeping no judgement 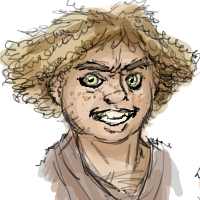 I got a supervillain! At least I... think? I have no other super-etc characters, or any settings for it, but her backstory and motivations are like, absolutely perfect for it.

Klugg is a genetic creation who recently broke out of containment and has in-concept-stage plans to change the world for what she considers "for the better". She doesn't have any "powers" as such: she's just really strong, really smart, and has a uh... moral compass that's maybe a little off. She looks weird and has very poor social skills, so she'll need to collect some regular human henchpersons collaborators and some money before she can even think of engaging the first stages of her plans. Which I'm sure will involve totally normal non-criminal activities. Yup.

I'd like to get her into, idk, an RP or a World setting at some point to bounce her off other superpeople OCs. I think she'd be a pretty good minor antagonist who's easy to underestimate >:3c

He also has a brother named Virgil who's a supervillain 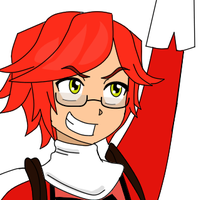 In terms of Heroes, I have El Bandido de Goma, Bella/Boundless Beauty and more of a antihero but she tends to side more with good, Murder here. Based on a BNHA-inspired adopt. She can chew her hair into bubblegum, gain speed if she blows it as she's running, and use it to knock back enemies 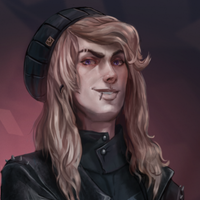 More villain than hero but he could be swayed given the right motivation. He basically does what he wants because he can't have a normal life. Being a meta-human made that pretty much impossible. He controls ink. Can turn his creations into creatures. All he has to do is draw them and add a drop of blood. Or in the most common case for him, tattoo them on himself. The ones he creates via tattoos are stronger, due to the fact that they're made up of a lot more of his blood than the others.

He mostly just enjoys stealing from banks and museums in the dark of night. Preferring stealth over aggression. But he does enjoy a good chase if caught. Hurting others isn't his thing. He doesn't take part in more violent crimes. The same cannot be said for the kind people he runs with though and sometimes accidents happen. Anyone hurt by someone he knows will likely end up with their medical bills mysteriously paid off by an anonymous person.

He has a fairly normal family. Caring parents who raised him well. And a non-meta twin brother who he currently lives with because no one will rent an apartment to him. So he typically sneaks in and out of the window even though he pays half the bills.

I feel like I've gone on too much. Oops.

Oh and these are two of his creations: Hund and the basilisk. 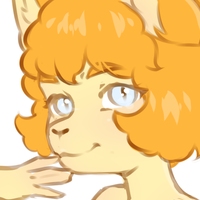 Here's Custard, who fights crime as her hero alter-ego Punch Cat! She lives in a place where superheroes are normal, so there are other, more seasoned heroes to help or hinder her along her journey. Everyone in her folder is also either a hero or a villain. HERE'S A SUPERHERO! Shrike was once a normal ass Croatian woman turned superthot, and now she just sort of roams, and keeps to herself out of costume. Surprisingly. She has no powers, though. She fights throws punches, kicks, and also she has a gun, so...

This is Diana, my speedster and mental manipulator!  She was my character in a TTRPG game akin to DnD, named Mutants and Masterminds.  She fought alongside Cyrah the flier, Encoder the cyborg, and Luxor the lightbender.  Mini Vinny the brawler joined them for a time.  Together, they stopped a former hero gone rogue and thwarted a supervillain's plan to take over their city!  Along the way, Diana built up bonds with the other three and kicked a substance addiction. 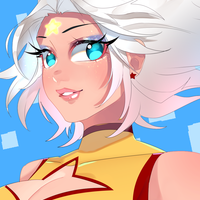 Oh I love super hero OCs! I have too many but Starce is just the very few that has a profile on TH! She loves saving lives and being a hero. Always cheerful and smiles. Her powers are super strength and flight. She can also cast a beam of light from the star in her forehead. She doesn't use this ability as often because she's not a spell caster. And a spell caster isn't her strong suit. She's a much better fighter. She rather dash towards her opponent and sucker punch them. Haha. 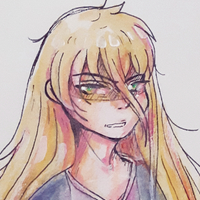 More of an antihero tbh qwq

She is a Guardian of hope who fights to protect the realities (alternate dimensions). She royally hates her title and her coworkers joke that she's actually the Guardian Without hope because she's so pessimistic. She's a step below something mixed between an angel and a demon.