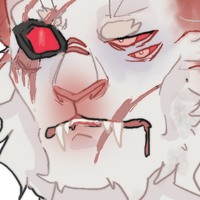 Style: --- Both colored halfbodies. Would be great if they could be drawn together just for the contrast / comparison.

Notes: --- 1 and 2 are brothers who have never met. 1 is the older one, a runaway prince who serves in the household of a neighboring king as a tutor / healer / librarian. 2 is the younger brother, a nice and cheerful guy who eventually succeeds their father as emperor. You'll probably have to make up some of 2's clothes since he doesn't have a full ref for the stuff he normally wears (the one full ref he does have are wedding clothes).

in any case, this sounds all good. i will pm you with the details! 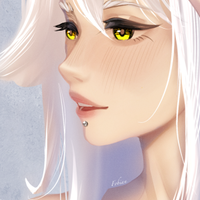 Hello! I was curious what would a commission exactly like this cost https://toyhou.se/amniion/art#11678447 ??
(I'm not sure because it doesn't correspond with the examples you provided if I'm asking for sth you don't offer I'm so sorry!!)

sharkimi Hello!! Sorry for the semi-late response. Wasn't getting notified.

A commission like that would start at $20. May vary depending on the complexity, however.