Please see this tag for examples of Whales. 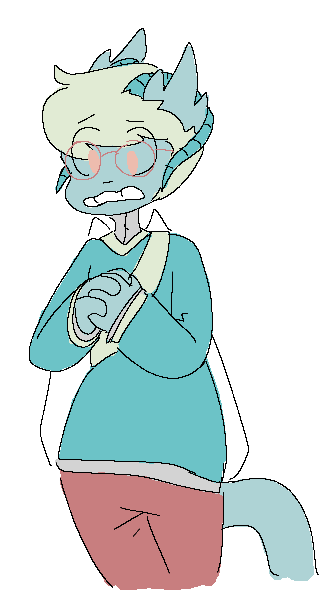 Whale culture is heavily dependent on caste. Whales form what is called a "Song", similar in function to Dolphin Harems and Beaut government. Each Song is independent of each other and has its own internal makeup, although most follow a similar template.

Whales within a Song can communicate to each other on one of two channels, commonly called whalesong both by Whales and non-Whales. Whalesong is telepathic and inherent in a Whale; at birth their voice is added to the chorus of an entire Song. Through whalesong, a young Whale will learn language, culture, and be able to share their thoughts with the rest of their Song. Lower Whalesong refers to the channel where all Whales may speak to each other, and Higher Whalesong refers to the channel where Blue and Sperm Whales can discuss things outside of the Right Whales. A Right Whale can learn Higher Whalesong, but it is exceedingly difficult for them and the Blue Whale may block them out of the song at any time.

Whalesong is not chaotic to listen to, even with the chorus of voices and thoughts - it is easy to find another Whale in the midst and speak to them. While others may eavesdrop, typically it is considered poor form to do so intentionally. Hybrid Whales have the ability to lock themselves out of whalesong and while many do, other Whales frown upon and discourage this practice.

A Whale, if they grow tired of or dislike their Song, can choose to join another. They must seek the Blue Whale of the other Song and pass through whatever trials the residing Sperm Whales have set up. Should they succeed, they will kiss the Blue, and be welcomed into that Blue's whalesong. This process is called "singing with".

Because so much of Whale-to-Whale communication is telepathic, Right Whales need to be taught how to socialize effectively with other races and learn how to express feelings and thoughts without just projecting them into the void. Blue Whales, which communicate almost exclusively through whalesong, are often incredibly poorly socialized and will stutter, trail off, and blank out during vocal conversation with other races. Due to this, most Sperm Whales will communicate with outsiders for their Blue and then relay through whalesong the visitor's words.

The top of the caste Song are Blue Whales, which serve as a Song's leader and are revered by the other Whales. Blue Whales are incredibly rare, with some Universes only having up to 10 individuals. However, Blue Whales do not die from natural causes (sickness, injury, etc. can still kill them) and are such classified as being Immortal on the God Spectrum. 90% of the Whales in a Song are born from the Blue (see reproduction section below). They typically sing only in Higher Whalesong and are very distant, although they attempt to be welcoming when exposed to new things. They are naturally curious but also withdrawn.

Guarding the Blue is a team of Sperm Whales. Depending on a Song's size and scale, this group can range from a single individual to fifty. They are known to be obsessive, codependent, and often very snide to non-Whales. Their entire lives revolve around a Blue - whether that be their own or the Blue that they chose to sing with. Infights are not too common, as most Sperm Whales will gladly put aside petty squabbles for the health of the Song overall, but deeper arguments (about, for example, an important Song decision) will cause breaks in the group. They seek to please their Blue at all costs, and will go out of their way to ensure the Blue is comfortable, well-fed, and doesn't have to worry a bit about the Song's health. Most other races tend to dislike them.

Right Whales are the most typical Whale, and are the most common. They are seen as imaginative explorers, and often leave the hub of their Song to see the world (although a large portion will typically linger around their Blue's city of residence). Rights often attempt to seek Sperm Whales from other Songs to attempt to broaden their own Song's genetic diversity, and are very suave, kind, and generous in an attempt to impress others. This nature spreads to the other races, leading many to assume all Whales are caring and giving. Rights often form families with other races, and have hybrid children. They typically only know Lower Whalesong.

Whales are oviparous, with most Whales being born of a single Blue Whale. Blues contain a special organ made specifically for producing eggs, and spend most of their lives in a cycle of birthing eggs to supplement the Song and break periods where they replenish their health and stores of eggs. The eggs incubate for a time in the Whale before they are laid and then incubated (nowadays, in artificial heaters) until hatching. The temperature of the egg will determine which other variant of Whale it will hatch into, and the Sperm Whales will ensure that whatever hatches will be healthy for the Song.

Sperm Whales are tasked with both taking care of the Blue Whale and supplying the male gamete. While all produce sperm, not all consider themselves male (vice versa with Blues). During a cycle, not all Sperm Whales will have sex with the Blue, but often a good portion do (one at a time, sometimes days apart). A healthy breeding group is one with varied appearances, dialects, and personalities. Devotion to the Blue is their top priority, and if they feel the Right Whales of the Song or the Song in general is no longer healthy for their Blue, they will take forceful steps to attempt to fix it or destroy it and start anew. Their genetic diversity is integral to the health of the Song and Whale population as a whole, and that is where Right Whales come into play.

Rights do not reproduce within the Song, and instead as part of their explorative nature seek out Sperm Whales from other Songs to attempt to woo to theirs. They are of either binary sex (male or female), and can produce (sterile) offspring with any other race. This offspring can still access whalesong, but often have trouble connecting to the rest of a Song or their fellow Whales. Rights are the most common - as common as any other race in a varied Universe - and are what most others will think of when the race of Whale is brought up.

Whales do not have a concept of family units, like Beauts. The words mother, father, sibling, etc. are not in their typical vocabulary, and they must pick up these terms from the other races. Because of this, a Sperm Whale hatched from a Blue will probably end up being part of the same Blue's breeding group as an adult. While one would assume this would cause rampant defects, due to Whales' high rate of mutations and the general diversity of the Sperm Whales in the breeding group, a Song can sustain itself just fine.

Appearance varies between Whale variants, although all Whales have some degree of neck fur. This neck fur is always the color of their eyes, and while it can be styled to an extent, it is always somewhat unmanageable. (i will finish this later my wrists hurt lol)