Please see this tag for examples of Shark.

Sharks are unique among the races for their special dietary need - that is, Sharks must consume a certain amount of raw Magninium monthly, or face malnourishment and eventual death. This unique requirement is partially due to the fact that Sharks do not generate their own black magic like the other races, and must replenish it by eating excess. Therefore, two Sharks cannot feed off each other, as neither is generating more Magninium and more is being lost with each feeding. They are the only race capable of consuming any type of Magninium without adverse effects, and this has shaped their interactions with other races quite a bit... as the most viable source of raw Magninium is consuming the blood of fellow living things.

As such, Sharks are very much loners when it comes to their fellow race members. They struggle to get along and prefer mingling with those of other races, especially Rhino and unicorns - the two races with the highest output of Magninium. Physically, they resemble Dolphins, and often tend to be mistaken for them - which only exacerbates their negative reputation, as other individuals assume the Sharks purposefully misled them. Most Sharks dislike the stereotype of a vicious carnivore, and will go out of their way to appear friendly or submissive in order to win favor.

In civilized Universes, Shark citizens typically are distributed a monthly ration of Magninium by the government, carefully measured out to ensure they do not require more from other sentient beings. Especially violent or sadistic Sharks can and will still hunt individuals, however, supplementing their diet with excess. In uncivilized Universes or areas of poverty, the government may be unable to provide these rations, and Sharks may have to hunt other sentient races or animals to restore their Magninium. (While plants also contain Magninium, the amount of live plant matter a Shark would have to consume to reach daily dietary needs is enormous).

This general stereotype has pushed Sharks into one of two distinct political groups in most Universes: those who wish to dispel the stereotype through pacifistic means, and those who violently embrace the concept of being a merciless bloodletter. Sharks do not make distinctions between their variants like Dolphins or Ants, rather making choices about friends and family by which of the two major political factions they fall into. Moderates are few and far between, but still exist in rare groups.

Pacifistic Sharks (also called New World Sharks) are stereotyped as lazy asskissers who suck up to the other races for table scraps. They tend to create petitions, lobby for positive Shark representation, and refuse to harm anything alive for fear of feeding into the violent stereotype. Cruel stereotypes may paint them as flower-crown-weaving idiots, but many are brilliant in their mastery of law and nonviolent solutions to problems. They are less common in Universes without some form of rationed Magninium, but still appear.

Violent Sharks (or Old World Sharks) are stereotyped as violent murderers who would kill at the drop of the hat. However, they do not indiscriminately kill - rather, they tend to consume the Magninium of animals (especially livestock). They tend to take more violent or rowdy approaches to problem-solving and tend to get in more bar fights than actual harming of other individuals. They have no qualms against using violence, especially citing the fact that the violence of some races - such as Ants - is celebrated and legally protected in many Universes.

It is not impossible for Sharks from either political group to be friends with those of the other, but it's seen as an oddity. Neutral Sharks are often pressured into choosing sides, and teenagers are often interrogated by extended family members about their political decisions.

As a side effect of this divide, Sharks tend to be incredibly politically active, almost to the degree of Dragenmires.

Sharks are anbinary, and can reproduce with any sexed race. They tend to form small family units of two parents who stay together long enough to raise the children before splitting and finding new partners, although staying with the same partner is not completely unheard of. They typically have up to two children, often within three years of each other. Culture encourages the existence of swingers and open relationships.

Family overall has no importance except sibling relations, which is partially why so many Sharks attempt to have multiple children per partner. Siblings will remain in touch all their lives, and often live together as roommates. Half-siblings and stepsiblings can be included in this, but cultural preference still lies with blood siblings, although such a thing is slowly changing.

Parents are expected to raise their children without assistance from the rest of the family (barring siblings). It is encourage to nurture the siblings' bonds with each other, although parenting does not take a backseat to this. Sharks take parental abuse extremely seriously, especially New World Sharks, seeing it as a form of enforcing the negative stereotype. Abusers are shunned by the rest of the community.

Shark genetics are extremely dominant, and most mixed-race children will appear more Sharklike and will require Magninium nutrients. All Shark children in civilized Universes are taken in to testing centers to determine the exact percentage of Shark DNA they inherited, in order to provide rations for their growth and needs. Shark children under a certain DNA percentage do not require Magninium rations.

There is no cultural significance on whether or not a Shark's partner is another Shark or not, due to Sharks not easily hybridizing. Sharks may produce a viable hybrid with Dolphins. Regardless, most couples are Shark/Shark or Shark/Dolphin. 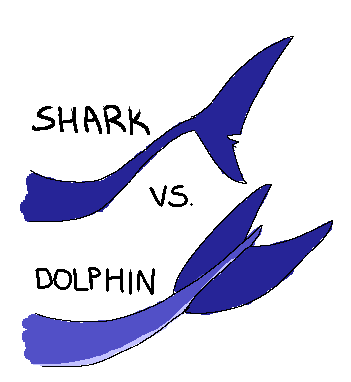 Sharks may appear as one of five variants, although these variants have no influence on their culture and are merely aesthetical. Arm fins may or may not be present, and there is no weight placed on their appearance or not. However, all Sharks will have some form of fin on their head, a large dorsal fin, curled, pointed tail, and gills. Almost all Sharks have sharper teeth, but some individuals of mixed heritage may lack it, and some may file their teeth down purposefully.

Teeth will always grow back if their roots are pulled out.

They are adept swimmers and are capable of breathing underwater indefinitely. Their leg muscles are especially powerful, as are their tail muscles, and Sharks are the fastest-swimming race save for Mermaids. Despite this, many Sharks live on land, although they tend to prefer land near rivers, oceans, lakes, etc.

Lantern Sharks stand at a mere four feet tall. They are somewhat uncommon, although not entirely rare. They appear like a stereotypical Shark save for the fact that their bodies give off a small glow in the dark - enough to light up a few feet around them. This glow is the color of their Magninium, and as such, they burn through Magninium faster than the other variants.

Thresher Sharks are the most common variant and linger around five feet tall. They are the epitome of the average Shark, and have the longest tail of all the variants. They tend to have longer limbs and shorter cores, but this is not a hard and fast rule.

Hammerheads are on the taller end, around six feet, and are characterized by their wide, broad fins on the top of their head. These fins are made of rough cartilage and are not easily moved, making them fierce headbutters. Their skulls tend to be thicker and Hammerheads are nearly immune to any sort of blunt head trauma.

Goblin Sharks have the regular headfins, but employ a tall, glowing horn between them. This horn is of their Magninium color, and gives off a small glow similar to Lantern Sharks. Unlike the other variants, Goblins can unhinge their jaws to consume more food. They tend to have less space in their mouths for teeth, causing their smiles to appear bent and uneven.

The tallest variants are the Whale Sharks, which visually are similar to Right Whales. At a whopping seven feet tall, they are easily mistaken for Whales, and tower over the other variants.

Out of the variants, Goblins, Hammerheads, and Threshers are more likely to be political pacifists. Whale and Lantern Sharks tend to be traditionalists. 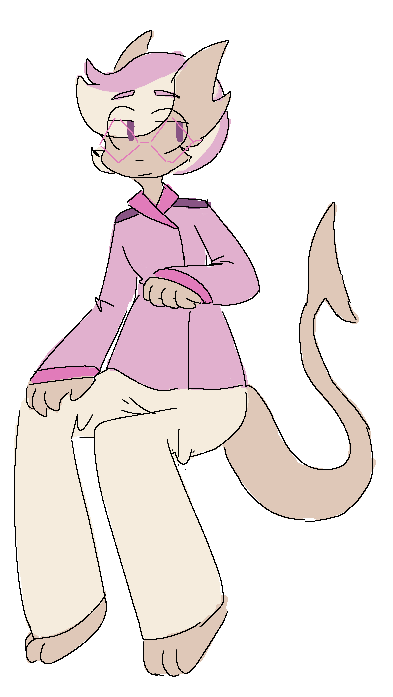 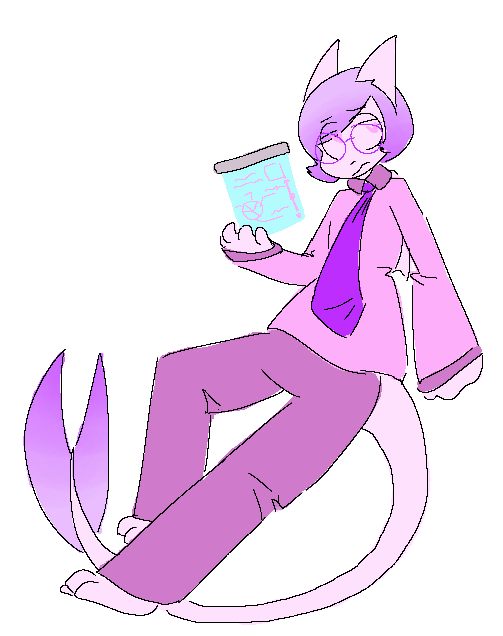 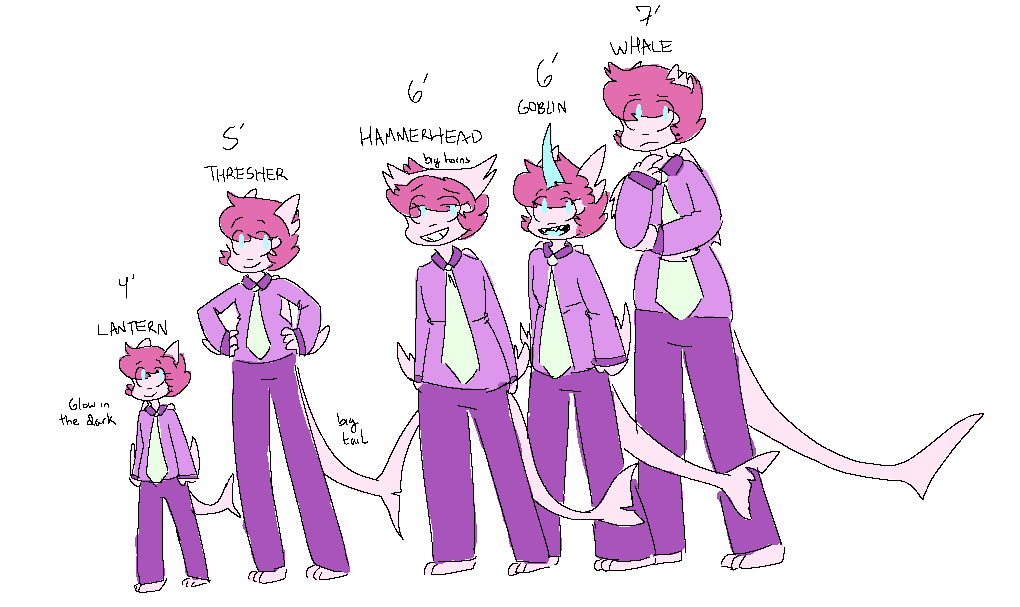