The Story of This Place 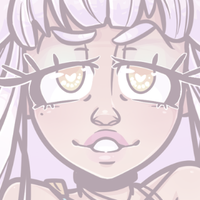 This is a WIP! More info may be added and also some can be modified!

Once upon a time, in the world where Gods and Goddesses live, there was a small Sacred Fountain which was said to preserve Beauty and Youth. The Narcissus Fountain was an object that Gods had to share with others in order for their celestial bodies to stay as their 'Beauty Form'. They would have to wash their faces with it's magic water everyday.

This particular object was specially coveted by Thyra, a Goddess. She knew well that what she was doing was strictly prohibited but her ambition was stronger than the Law. And so, one night she tried to steal it. Her eyes burning with desire, a small fountain was being held with her delicate fingers. Thyra was running away with Narcissus Fountain on her possession.

It was a Perfect Plan and it was working so well that her heart skipped a bit while she thought of the future and how gorgeous she would become. But as soon as she put a foot on the exit, she felt her left arm was held in a tight grip and she almost fell on her knees when her eyes met with one of the other Gods.

The next day, Thyra was exposed to all of the others and was exiled from 'Paradise'. She was sent, alongside a greedy Demon to an abandoned Place called Miraclewish. But this was not the end; as a punishment for her ambition, they put a Curse on her: Day in day out, she had to eat a Special Fruit that grows in the deep forest of Miraclewish if she wanted to stay 'Beautiful' but even so, if she walked in front of a mirror ever again, she would see something so terrible as the reflection that she would want to instantly die.

Also because of this curse, she could not go out of the Palace in Miraclewish. If she touched just a little piece of that place, it will start to rot.

In the middle of her despair, Thyra broke into tears, knowing that her most wanted dream tore apart into a thousand pieces. But then, a sudden thought crossed her mind and made her tears stop while she was trying to hide a smile on her perfect shaped face. There was this Demon, Ioannis, they sent out with her.

Once they arrived, He was flying around trying to make sense of the situation he was now in, oblivious of Thyra's thoughts. She called him out and made a deal with him. She promised to help him break his own curse if he could bring people from other dimensions to serve them both.

They became closer as days passed, but what she never mentioned in their conversations was her Curse.

The people who was brought to Miraclewish were transformed into strange creatures and lost their memories as soon as they entered to that dimension. It seemed that the Curse did not only affect Thyra, but others around her too.

The people served Thyra and brought the Fruit that she needed to eat every night. But there was a Season in which it barely grew in the Forest and so The Goddess was desperate and told them that if they delayed just a couple of days, she would kill some of them as a punishment.

Of course, the people of Miraclewish were not happy about the curse and the way the Goddess didn't care one bit about them. Many of them were too scared to do something about it, and talking to her was not an option since she was well-known in there and...it was not because of her 'kindness', (a word she didn't know the meaning of).

This was until one group of people, The Werewolves, protested. And they decided to fight for their freedom. But before that, there was a woman, also one of them, who didn't want a war but since there was no way back, she had to hide her child to save him from what was coming. The night before war, she run to the forest and left him on the grass. Covered with warm clothing was what she loved the most, her own baby. With her eyes full of tears and a last glance at her little piece of herself, she run away with the group.

Werewolves fought against the Goddess without success. She killed all of them and warned the people in Miraclewish that if they repeated the same mistakes, that would be their last day.

Although she thought that there were no more of them, she forgot about one little Werewolf, who was hiding in the forest, Björn.

Ioannis suddlenly knew that The Goddess wouldn't keep her promise and decided to do something about it. He wanted to free the People of Miraclewish just to punish her for her actions. But even if he tried, she was too powerful for him, since he had no powers now, and for everybody in there. He had to find someone to help. A Hero.

Ioannis went to new dimensions to look for Someone to help them. He was the only one who could travel through worlds and so, he did this for 3 years but found only failure due to the fact that no one seemed to be able to Fight against Thyra and Save Miraclewish. Demons and other creatures were offered rewards in exchange of their help but all of them refused as soon as they knew they had to fight against Thyra.

There was one dimension which he didn't go, but it was their last hope... The Humans' World.

But how? How could a simple Human beat a God? No one believed it would work, but there was nothing more to do than just hope.