One If By Land 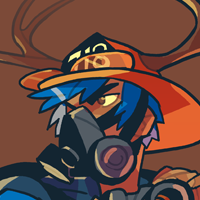 Theo describes a night in the life of Les Revanchistes.

The technicolor graffiti-spangled warehouse was bathed in an early morning light that softened all its loud colors and jagged wildstyles into a gentle glow. Later in the day, it would be that building that belonged to everyone and no one all at once, crawling with life and artists so full of ideas that every inch of the building inside and out was physically covered with them-- but right now, it was just another old building in New York, as foundational to the city as an old tree, roots planted deep, soaking up the sun for its day of work.

The pair were out on the concrete fire stairs of the art studio, sipping their respective coffee and tea and gazing East toward the city as it stirred from its slumber and began to settle into the rhythm of the day. It was a companionable silence, and that was the part that was unusual.

"So tell me," Zoë said with that soft smile of hers, eyeing her tired and unusually taciturn colleague with sly eyes, "What did you boys get up to last night? Must have been a good time if you're that worn out," she teased.

Theo gulped down the coffee in his mouth with a start, turning around to grin up at her from where he was sat perilously on the edge of the step, dangling his gangly legs off the landing. "Amazing. We hit up the Revere Sugar Factory," he gloated.

"You're going to have to tell me why that's exciting, but I'm all ears," she said, leaning on the handrail with an expectant smile. Zoë was good about his tales, as good as she was with all their diverse assortment of studiomates: the friendly diplomat of the building to her girlfriend's raging revolutionary. Even if she didn't know anything about urban exploration-- and maybe didn't always approve of the boys' most dangerous plans-- she was always keen to hear Theo's tales of high-adrenaline late-night adventure.

Theo clambered to his feet to tell the tale, unable to contain his excitement in only words. "It's an old sugar refinery in Red Hook, in ruins since the '80s. Sitting at the mouth of the canal, tumbling right into the water. It has this beautiful domed structure-- we've been itching to get inside there for years, before some developers decide it's a waste of waterfront real estate and tear it down. But the site has always been locked down, right?" He was getting more excited as he went, waving his hands in a way that spilled his coffee a little. Zoë nodded.

"So Luke, our point man-- he finally finds an way in. And there used to be all these guard dogs, but Luke didn't see any last time he scouted it, so we think we're in the clear, right? No guards, no dogs. It's perfect. We went late at night just to test it, but everything looks good, so we hop the fence, we're starting to make our way around the premises-- and these dogs come barreling at us, barking up a storm! Out of the fog, fog rolling off the bay-- come these snarling teeth!"

Zoë looked worried, but they had a certain kind of friendship, and she had to bust his balls a little. Rearranging her face to represent an unimpressed mien, she hummed in exaggerated thought. "I don't know, fog? Sounds like the plot to Cujo to me. I think next time you're going to tell me about you guys' trip to the Overlook Hotel, or a pet cemetery."

Theo laughed, despite himself. "Not quite Cujo..."

"Fuck, fuck, fuck!" Ira was yelling as the two of them ran like hell.

Theo's voice had a little hysterical edge, his voice wavering as he panted. "I'm not good with dogs, Ira!!"

"I know, I know! Fuck! --Here!" Ira had spotted a shed attached to one of the main buildings, low enough for them to try to climb onto, and he wheeled to a stop, dragging Theo with him. The bigger friend shoved his companion onto a steel drum, looking behind them anxiously, and as soon as Theo had clambered his way onto the roof of the structure, Ira was helped up too.

They stood on top of the corrugated steel of the shed, breathing hard and trying to look into the mist.

"Fuck, fuck, Luke, you stupid motherfucker," Ira was fuming to himself, low. "Where is he?"

Theo was scouring the roof and adjacent factory building's side for anything loose he could throw, but they couldn't see the dogs anymore-- or their friend.

Theo looked uncharacteristically childlike, small. He grabbed Ira's arm as if to reassure him that one friend was still right beside him, safe, warm blood beating fast through his veins. "Ira, what if he's dead. What if he's mauled to death by dogs, and I thought it would--"

"He's not dead," Ira growled, angry not at Theo. "He knows karate, he's a tough bastard. He'll be ok," he gritted out, his voice sounding less sure than his words.

Theo had found a loose metal bar, and he hurled it into the metal dome of the sugar factory, the clang surprising some pigeons into the night's sky. "Luke!!"

The silence stretched out for torturous minutes, ominous. They didn't hear anything back except the odd creak of the old structure and the soft lapping of the ocean-- until they did.

Aoooo, came a howl, singing through the night.

Theo clambered up from where he had been lying prone on the roof, trying to peer out. "Was that Luke?"

Theo took an aggressive swig to finish off his coffee so he could put the mug down.

"This man comes trotting out of the mist and looks up at us on the roof like we're the fools here. This French-Canadian lunatic, fire helmet with the antlers off and under his arm, three or four bigass dogs by his sides.

Theo grinned at Zoë again, shaking his head. "I don't know how the crazy son of a bitch did it, but he befriended those dogs and they left us alone for the rest of the night-- well, me and Ira, anyway. Luke was sad to leave them at the end of the night."

"Oh, this is a worse ending than Cujo." Zoë mourned.

Theo was incredulous. "How is this a worse ending than Cujo? The dog dies in the end!"

"Not the movie, the book. The kid gets a new puppy in the end! In your story, no one gets a dog. How could you tear this poor wolfman away from his kind?"

This takes place in 2005. All locations are real! So are the dogs (there's an article in that link)-- they're feral, not guard dogs, after all.

(And, as you might have gathered, the sugar factory was very close to where Great Mottled Beast takes place.)