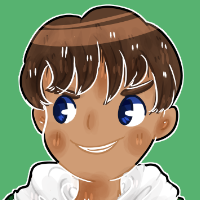 The origin story of Xero's nickname.

I had this written out as a comic script for an OC butt collab with my friends a few months ago, but I don't feel like drawing it so here it is as prose lmao

Roadie took the pick out of his mouth after he plugged his bass in, eyeing the drummer of his new band curiously. "So why's he called Zero anyway? That your best bowling score?"

Haggis shook his head, busy fiddling with the tuning on his guitar. "Nah, it's Xero with an X."

Izzy's eyes lit up like his moment had come, and he swept his arms out dramatically, letting his guitar hang as he forgot all about it. "I remember it like it was yesterday!"

Xero rolled his eyes with a little smirk, taking a sip of his beer. "Here we go."

Izzy looked intense. "The year was 2002, five years nearly to the day. The band was just me and Hag at that point, and we ventured into that rarely seen land, the college library."

Haggis glanced at Scurvy. "You can already tell my brother isn't in this story."

Izzy continued, with the sort of dramatic intonation and hand gestures appropriate to telling a spooky ghost story at a campfire. "We were going to paper the campus with flyers for some open mic we were playing at, but when we went to the copy room, the only working copier was in use by SOMEONE ELSE." If he could have made thunder and lightning sound effects there, he would have.

Haggis lazily lobbed Izzy the softball he was waiting for. "Guess who."

Xero took a long drink of his beer, poker faced.

Scurvy spoke up. "Was it Xero," he said, not really a question.

Barely before the words had come out of Scurvy's mouth, Izzy burst in excitedly, grabbing the drummer by the shoulders. "It was THIS MAN RIGHT HERE, xeroxing his ass!!!"

"He worked in the library at the time. He was getting paid actual money for this," Haggis deadpanned, reaching over and stealing a swig of Xero's beer.

Xero stole it back, shoving off both attackers with a grin. "Of course, I'm a high-class ho. I don't give this away for free," he said, gyrating his rear in their general direction. He turned to Roadie and Scurvy and shrugged, like it couldn't be helped. "It was a slow day."

Izzy rolled on eagerly. "So we talked it over, he said he was a drummer, I told him I had a better job for him than working in the library, and the rest is history!!"

Xero snorted, one arm still outstretched behind him, casually fending off Haggis's repeat attempt. "We still made, like, negative money at those first few gigs."

Haggis, finally fetching his own damn beer, complained, "Oi Izz, you're leaving out the best part. Show him the flyer."

"RIGHT!" Izzy remembered, brightly. "So we ended up using his ass on those first show flyers. Couldn't waste all those copies, you know. Gotta save the environment."

Izzy went to go take something off the practice space's pinboard while Xero snickered. "Maybe that's why no one showed up to those gigs."

Haggis persisted as Izzy showed the flyer around: "Look, it's adorable. He's got a birthmark that looks like a heart on his asscheek."

Roadie raised his eyebrows as they all studied Xero's photocopied ass. "I didn't know I was marrying into such a handsome family."