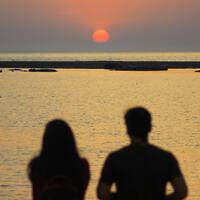 This is the world of Iseldre.

Five gods created the world. They put in place rules over all natural things that would be followed, and stepped back and left us to our own devices -- almost. They don't explicitly watch over us day in and day out, but they are found to be born every one hundred years. The gods walk among us every century, and they learn the state of our world and convene to speak amongst each other and rule if things should be changed in any way or where we should be going. These people who are the reincarnation of the creators are called the Souls of Nature, as they embody the very essence of the elements around us.

This is the story of one generation's Souls.

Literally translated, its name means "The Continent." Hacontiq is the largest of the four continents of Iseldre, being just a bit larger than Froskh. Most notably it is home to the Sihsh Peaks mountain range, the Hadona desert, the Blue Isles, and the longest river in the world - The Stinis. As for the actual inhabitants of Hacontiq, one of the most important features is Gold Bay. The full length of the bay has two major ports: Trilem, which supplies the northern half of Hacontiq containing the Sihsh Peaks, and Baiwit, which supplies the southern half containing the Hadona desert. The Scausil Peninsula curls upwards and ends with the Blue Isles, which is best known for its trade in fruits and dyes. It is the origin of one of the most popular blue dyes that is used across the world, which is where the Isles got their name.

The continent of Froskh is dominated by the Arrows mountain range which is broken up by the twin lakes of North Bowl and South Bowl. The main port is Sashir hidden at the furthest in end of Dames Gulf, with Amwan near Broken Tooth Bay being the second trade center. Sashir supplies the trade that passes in and out of the Arrows, while Amwan is focused on trading the crops grown in the fields on that tip of the continent. While there is no one official port in Dames Gulf at the entrance to the Rolling River, there are quite a few smaller towns that have popped up around it as it is a popular stop in order to follow the Rolling River into South Bowl and get access to the bigger cities of Highwick and Southbarrow. The southern end of Froskh is home to the Shalk Dunes, which don't deal much with the other continents outside of Chari. Shauni is the most popular place to set off from Froskh in order to get to Chari. However, a new city is beginning to form at the very tip of Froskh that is nearest to Ruza in Chari as travel to Chari becomes more popular.

The main symbols are the color red as well as the 'Fire' symbol. It is also associated with orange, yellow, and sometimes black. It is a very physical element and is associated with many jobs that involve hard labor, in particular jobs working with fire itself. Smithing is a popular apprenticeship for Fire devotees, and bronze and copper have come to be associated with Fire as well. Working with animals is another one, in particular working with dragons, reptiles, and birds. Sculpture is a Fire art, especially metal sculpture. Sketching, art done with graphite or charcoal, as well as all writing is also tied to Fire. It is most strongly associated with passion and intense emotions. Those tending towards Fire will be strong-willed and may dominate the conversation, and tend to have a good amount of natural charisma as others can see their passion. They are often chosen for leadership roles, particularly when hard choices need to be made and tensions are high.

The main symbols are the color blue as well as the 'Water' symbol. It is also associated with silver and some shades of green, purple, and white. It is a social element and is associated with physical work involving water, as well as social focused jobs. Fishing, overseas trade, and boating are popular Water devotee professions, as well as working with Water animals like fish or turtles, or in water filtration and health and safety. Water is the element of sympathy and relationships, representing the fluid and always changing nature of society as it always evolves and changes because of the people involved. Jobs working to care for others, like nursing, or to help people make adjustments to sudden changes in life, like grief counseling, are well within the Water wheelhouse. Diplomats and liasons are often Water aligned. Clothing and textiles are associated with Water, in particular silks and satins. Painting is one of the largest arts aligned with Water.

The main symbols are the color yellow as well as the 'Wind' symbol. It is also associated with orange and white. It is a creative and intellectual element, and is focused on independence, freedom, and innovation. It is a very versatile element and as it is generally associated with novelty it can be difficult to pin down consistent symbols. If anything, it is defined by how it is always changing, and is usually evoked in reference to things like news updates, fashion seasons, and more petty things like gossip or being indecisive. As a creative element it is heavily in the arts and is in particular associated with singing and wind instruments. It also is tied to architecture, especially designs that emphasize a lot of open space. It also is said to have some ties to writing and study.

The main symbols are the color green as well as the 'Earth' symbol. It is also associated with brown, and bursts of many colors akin to flowers. It is also a physical element, in a more grounded sense than Fire. It is also associated with physical labor, but jobs more working with the natural world like working with construction, lumber, or gardening. Working with animals is also a popular path for the Earth devotee, in particular animals that are more grounded, especially mammals and land-dwelling creatures like tortoises. Some textiles are more Earth-aligned as well, like heavy woven or knitted fabric, and leather - in particular in combination with bronze or copper. Hands-on art is where Earth thrives, favoring working with clay and making ceramics. The emotion associated with Earth most is empathy and understanding others. This is different from Water's focus on sympathy, as rather than focusing on compassion and helping others it seeks an understanding of others, without being compelled to act or assist. It still runs parallel to Water however, as Water is fluidity of society and Earth is the growth and change of things over time. Earth favors traditions, even as it knows they won't last forever. It believes in a firm foundation that you build upon slowly, rather than changing completely or all at once.

The main symbols are the color purple as well as the 'Space' symbol. It is also associated with black, white, and dark blues. It is a creative and spiritual element, with many of its most well known devotees being philosophers or spiritualists. It is also associated with the intangible, which can range from philosophical thought on sentience and the self, to discussion of ghosts and the possible paranormal. The art associated with it are more ephemeral, including poetry, abstract art, or art focusing on fantasy rather than any ties to reality.