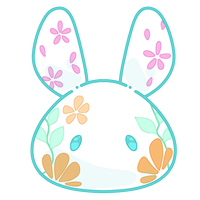 Bunnarium is a closed species of kemonomimi bunnies/rabbits with pocket dimensions in their bodies. They live in a fantasy world and are typically nomadic.

We are open to everyone, including those without Bunnariums! We run prompts quite often as well and these are tailored for both those who have adopted a Bunnarium or potential FTOs!

Solinox and Lunalux are counterpart closed species! While they are meant to work together, whether it is harmonious or not, they live amongst each other and other various species! Please note these species are supposed to be similar as they are supposed to be counterparts! While they're very similar, they're also very different depending on the creator's imagination! ♡

Solinox are humanoids born from stars in space, usually larger ones like the Earth's sun! The rarity of a Solinox is very dependent on the type of star they're born from! (red/yellow/blue/mint). Solinox also harness a magical smoke called Aura Smoke, which keeps all their powers close to them at all times. Solinox are able to turn their Aura Smoke into weapons that are made of smoke, but can change in mass and density depending on what the Solinox prefers. ♡

Lunalux are humanoids born from comets falling from space, usually larger ones! The rarity of a Lunalux is very dependent on the type of comet they're born from! (orange/green/purple/white). Lunalux also harness a magical fire called Celestial Fire, which keeps all their powers close to them at all times. Lunalux are able to turn their Celestial Fire into weapons that are made of fire, but can change in mass and density depending on what the Lunalux prefers. ♡

The Discord and world are open to all! We'd love to have you, even if you do not own a Solinox or Lunalux yet ♡

It is a mix of an open art community and CS server for Frankenhounds^^!!

We are chaotically wholesome ~