We’re a very story/lore-driven Warriors Cats roleplay server and have been running entirely on Discord since 2019. Here’s just a place to gather everyone's cats together, but if anyone comes across this and is interested in joining feel free to check out our discord linked below!! We’re an open friendly community who just enjoys making edgy battle kitties and sharing art. We always accept members at any point in the story too :]

Brookclan, Caveclan, and Mireclan are three clans that have always fought against each other Since their beginning. After defeating the terrible darkness that loomed over them, slaughtering their cats after ruthless battles, the three clans must try to mend their broken relationships as Starclan abandoned them entirely. Lucky for the clans, two mediator twins sent from the stars themselves have arrived and hope to fix what is broken in the clans. Is it too late for that? or will a new evil rise up and make home within? 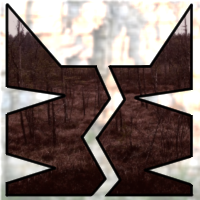