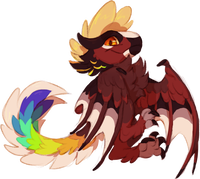 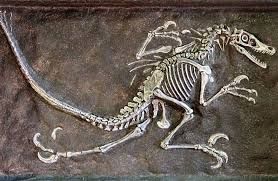 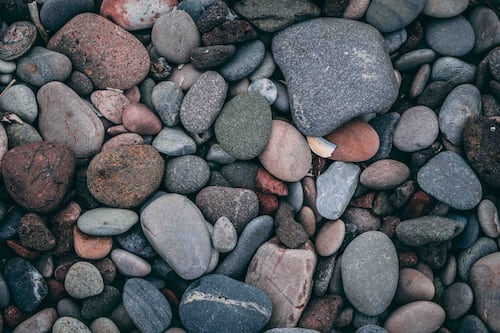 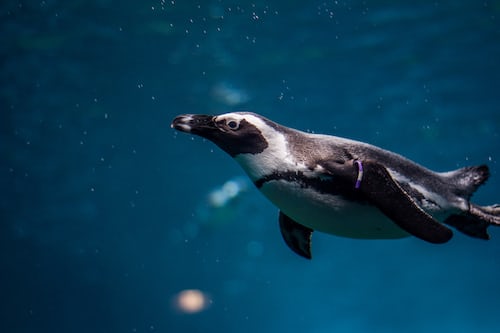 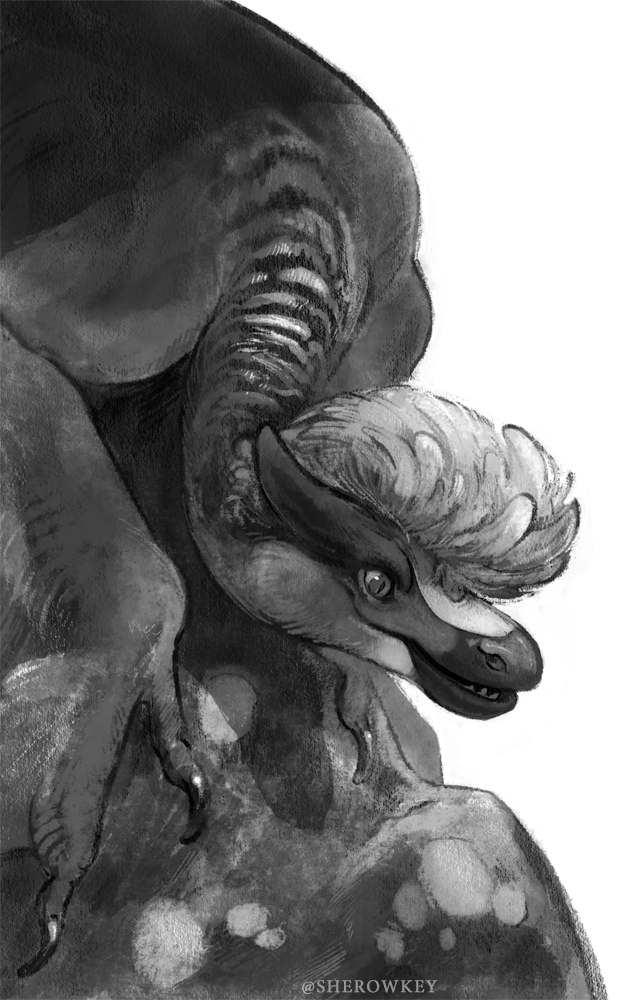 Oboe can best be summed up as a series of contradictory traits wrapped up in a disorganized, feathery package. They're simultaneously on edge and nervous, yet tend to present an outwardly calm demeanor. The only clue to their true mental can be observed by watching their wing fingers moving in quick patterns, racing with their thoughts.

Additionally, they tend to be rather immature and find difficulty in understanding social cues or reading into intent. While they like to think they aren't stupid, their naiveté may cause them to feel frustrated when a situation is misread or they don't have the words to describe their own thoughts. However, Oboe is extremely content at low-key events and gatherings, and often can be found doodling in a sketch book or looking up the latest memes on their phone.

Oboe sprite in header from Cadence of Hyrule.

Oboe's beloved girlfriend. They spend hours talking about various topics -- and all from a phone click away, due to the physical distance. Oboe isn't sure what they'd do without their unbreakable love and support.

Oboe's skateboarding lizard cousin. No one is exactly sure of how they're related, or why they get along so well despite having such different interests.

Oboe's artistic and hilarious best friend. They've known each other for years, and often send each other the latest surreal memes and swap stoner tips. Would not function as well without them.