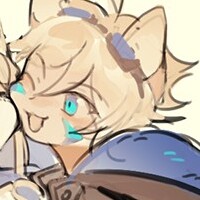 This Week’s Downtime (and an update!)

Posted 1 year, 2 months ago by lulu

Hi! I'm here to address the current state of the site -- what happened this week, and plans moving on.

First: What was up with the site this week?

I’ll start with an apology for the disruptive site downtime and poor performance this week. Here’s a breakdown of everything that’s happened:

Due to a mix of this and lack of admin updates, there's been understandable fears that the site's on its last legs, so the most important clarification: TH isn't dying and it's not an abandoned project. Even when I'm not posting, I love the site and I love the user base and as long as there's still a single person still logging on I'll keep it trucking along to the best of my capability. I understand that rumours have circulated entirely as a result of my radio silence, and I apologise for the uncertainty and anxiety.

We've had a bad week with unacceptable downtime and bugs which could have been prevented or mitigated. I'll be installing monitoring which will help me respond more rapidly to unexpected server issues. The problems from the past few days have been diagnosed and addressed, and long-term site health is not damaged or deteriorating. We continue to host daily database backups for all user activity, and backups of image files over several servers, so in the event of downtime or slowdowns your profiles are still safe.

Regarding the site’s future and user concerns:

Since I’m already writing a post, I’d like to take the chance to address concerns I’ve seen from users regarding site management, and talk a bit about site status and where we currently are.

There’s been some public speculation, so I'll confirm I’m the only admin/mod/dev actively working on TH. This is just clarification, not an excuse; the site has been solely my responsibility from the beginning and I understand it's my job as site admin to either manage the site's issues or hire staff on where I can't.

This is a summary of my understanding of primary user concerns:

I understand an active mod team would fix everything on this list; it would raise responsiveness on tickets, free me up to do development work, and open up more points of contact between site management and the user base. The bottlenecks for this are:

So, I want to hire mods to provide better support, but I need to set up infrastructure first, but my time is going to tickets so I don't have time to set up the infrastructure for new mods... etc. That's not to say work is stopped or that I’ve given up, but it's been slow.

I'll be honest and say I'm not in a position where I can answer user expectations yet. The reason I kept putting this post off is because I've been telling people the same thing for months and haven't been able to deliver and I know it's shameful. I understand that users are frustrated and have been waiting a long time, I know I can't just keep making promises or saying I'll try harder, I know I need to start doing better and turning up results, and I’m sorry I still don’t have those results ready. I'm grateful to both our veteran and new users for sticking around through everything and really appreciate you all a lot.

What I’m currently working on, aside from shovelling tickets: