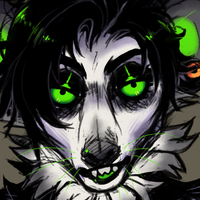 Probably the meanest guy you'll ever meet, Devin is a truly devilish villain out to harm others for his own entertainment. He's cruel, rude and purposely studies people to pull out their weak points and use it against them (not the guy you want to be around)... unless he likes you, then Devin is extremely helpful and reliable

DRAWING INFO
[✔] SFW ۰  [✔] NSFW ۰ [✔] Gore
- Can be drawn with ANY hair colour!
[OPEN FOR RPGS]
You can ask about character friendships and 'flings'
but keep in mind Devin is REALLY MEAN, he's NOT a nice guy at all.

Devin is an ageless and deathless entity that takes on a humanoid form and wreaks havoc in the mortal world. Where he came from is unknown but demons have confirmed he not from their dimension, nor is he 'earth born'. He arrived in the mortal dimension far before humans were even considered a species, he's old, very old, but at the same time, young, in many places, a set age is non-existent by Devin as he can be anything, everything. Like many entities like himself, shape shifting is common, although not every entity chooses to morph themselves like Devin does frequently.
Devin takes joy and pleasure in reaping the souls from living creatures and then resurrecting them as brain-dead walking corpses. Entertainment is his primary reason for this. Over eons he pulled cruel pranks like this twisted into chaos, death and despair among many civilizations. He became a horribly infamous figure among many cultures, bringer of death, toying with the deceased like puppets on stage.

[ Good Friend ] Andrew's son and a good friend of Devins. Addison has a huge crush on Devin but Devin turned him down, kindly (surprisingly). He cares deeply about Addison but has no romantic relationship with him, they're just friends who hang out and are there for each other when needed. He's usually designing and practicing music with Addison. 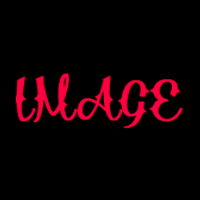 [ Best Friend/Band mate ] A good friend of Devin and his band mate, Andrew is the singer and Devin plays guitar. The two understand each other very well since they are both rather 'devious' creatures who enjoy terrorizing others. They also have a rather intimate friendship, despite having no romantic interest in each other. Although Andrew claims if he didn't have Limbo, Devin would be his alternative husband.

[ Good Friend ] Ex boyfriend and best friend still, the two are both ancient witches who've known each other for ages. (Longer than Devin knows Eldwin). Cecil is the calm caring opposite of him

[ Band mate ] Drummer of the band, Sam and Devin quarrel a lot like he and Andrew do too, but none of it serious, they all care about each other and remain strong good friends. The three just enjoy teasing and insulting each other. It's simply part of their nature.

[ Band mate ] Bassist of the band, they're good friends as well but not best friends. Devin likes Zolani's calm cool behavior, and sometimes asks him to assist him with potion testing. Zolani finds it amusing to watch Devin test potions on unfortunate souls (usually mortals)

[ Good Friend ] Being ancient witches together, the two know each other for ages, not as long as Brádan and Eldwin know each other but still, very long. The two often make potions together or hang out at night pranking humans and other creatures.

[ Good Friend / Ex Boyfriend ] Devin's last ex who relates far more to Devin than Cecil. Their relationship lasted triple the time as Devin's and Cecil's, and ended on unknown terms, no bitterness is between the two as they continue to have a strong friendship. Devin often talks highly of Maves towards others, complimenting his looks and admiring his magical skills and abilities.