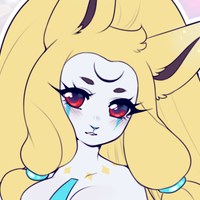 Jirachi was losing their followers.
Every millennia was met with the same enthusiasm as the mythical Pokémon awoke from their slumber, but almost every time, was bound to the same fate: only the powerful and wealthy were capable of making their way towards the embodiment of stars and wishes, and the wishes were always selfish, arrogant, misguided.

Jirachi could do nothing to prevent it; they were bound by the stars, their fate was to grant three wishes every thousand year, during a single week.
The nature of the wish was of no importance; once it was written on Jirachi's wishtags, it was bound to come true.

As time went by, and the different Pokémon species learned to not only coexist, but also to breed new hybrid Pokémon -although such offspring was rare-, Jirachi had an idea: they would infuse their powers into a regular Pokémon, bless them, and make them a hybrid of its own mythical species. That way, the recipient of the blessing would be able to live amongst Pokémon and better judge their wishes, as well as granting the wishes of those who would normally never be able to go to Jirachi themselves ---of course, with regulations.
The wishes were still to be written on the wishtags, and they were still limited to 3 per blessed recipient; however, instead of every 1000 years, the three wishes could be granted every year, if the blessed hybrid had been able to store enough star energy. But, most importantly, the blessed one/s wasn't bound as Jirachi is, and would have the power of choice over which wish to grant.

This method worked so well, restoring faith in Jirachi and making them more powerful, that other mythicals and legendaries soon followed suit, although picking only one recipient each per generation as their priest/ess; this proved extremely helpful, especially in times of war or devastation, as the legendaries were better able to help mortals ---in turn, gaining more power from their faith. Of course, the risks of the priest/esses being exploited was high, with them living amongst mortals, but usually the good outweighed the bad enough to keep the practice through the generations.

And thus, the first demigods were born.

The Eevee family, evolutions included, had always been a popular pick for such blessings, because of their genes already inclined to mutations (as shown also by the several mortal hybrids they had produced through the generations).
Even then, it was always preferable to bless an hybrid Pokémon to begin with, be it an Eevee/lution or not; that's why it was quite a surprise when Aashna was chosen by Jirachi to bear their blessing, but the mythical claimed they had sensed a powerful astral connection when the baby was still in the womb, and wasn't one to turn the shoulders on fate.

Jirachi had also predicted that Aashna would evolve into an Espeon, and that her psychic powers would be of great help in her job, and an Espeon she did evolve into.
It was a troublesome pick to be honest, because as an Espeon her powers came from the sun, but as a priestess of Jirachi her blessing connected her to the stars and night, so it was quite difficult for her to harmonize the two, even more to interact with other fellow Espeons.
Aashna soon found out that her routine worked better if she slept through the day, in a place where she still got plenty of sun to absorb, and then stayed awake during the night, making her a nocturnal Pokémon. Luckily, she always had a close bond with her younger brother Astrophel, and he chose to evolve into an Umbreon to keep his sister company when others wouldn't.

The two even chose to set off together for adventure, trying to help as many people as they can with Aashna's wishes, bringing the demigoddess to meet another priestess of Jirachi: Desideria, the Clefaichi.
The two, always followed by Astrophel, decided to meet as many other priests and priestess as they can, sort of making up a support group for those having issues living such a stressful life.
...but has fate more in store for them?

Aashna gives off the impression of being a girl of little words, introverted and unreadable, almost stoic, at least with people she doesn't know. This is both because of her timid nature, and because she's wary of strangers who may want to exploit her powers and kindness.
She's a good-natured individual, cheerful and friendly with those she's close to, and very loyal; despite being quite attentive (she can read others pretty well), she's also often sleepy, and may appear distracted at times.

Being an Espeochi, Aashna's fur is of an Espeon-like purple during the day, but gains more and more a golden yellow color, much like Jirachi's, as the night approaches and she draws more power from the stars: when her coat is fully golden, during the night, she's at the peak of her power, and able to grant wishes.
Her wishtags can grant a wish anytime she has the power to do so, but is still limited to three per year; the granted wishes etch themselves into the tag, making it impossible to write more wishes on them, and fade away only with the Lunar New Year. Since Aashna has 5 wishtags instead of 3, once 3 wishes have been granted the remaining 2 tags become blank and can't be written on.

Aashna still has the forehead gem of Espeons! It's hidden as her blessed third eye, usually closed, which opens and reveal an eye-like gem when Aashna grants a wish, or uses a huge part of her power (for drastic self-defense, for example).

Her best friend, the one who made her childhood and teenage years bearable; the two are thick as thieves and almost always seen together, easily guessing the other's thoughts and feelings. Astrophel is always very gentle and caring to Aashna, and they're fiercely protective of each other. As each other's most important person, they consider themselves soulmates ---Desideria thought they were actual mates when she first met them! xD

Aashna knew there were others blessed by Jirachi, but never imagined she'd meet one! She was initially a mix of curious and competitive towards Desideria, but the two soon became very good friends, also thanks to their similar personalities. 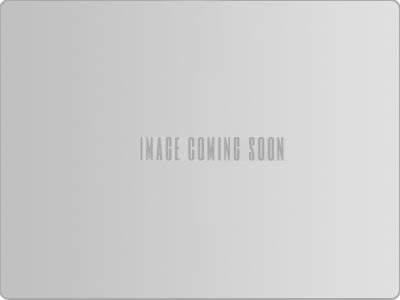