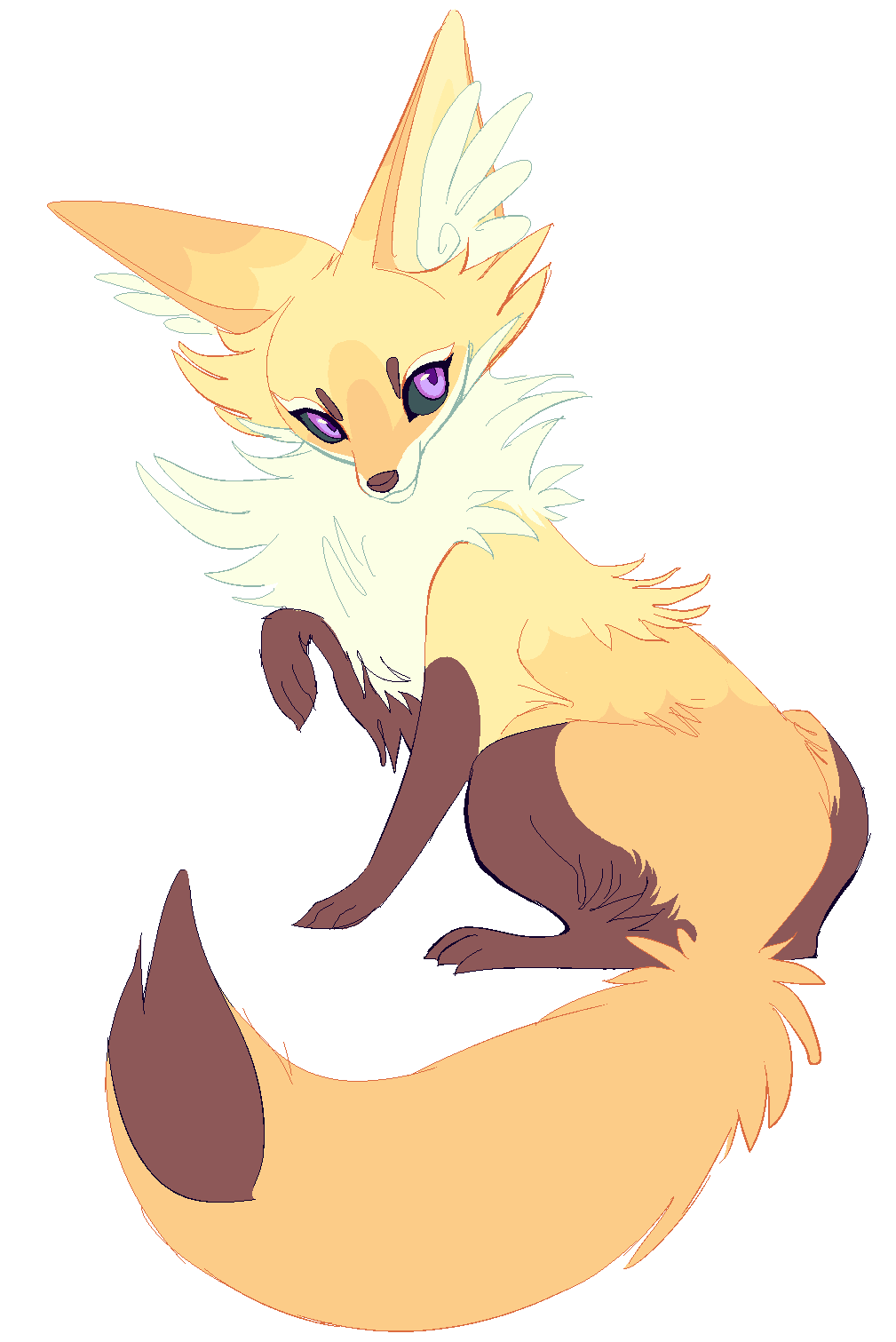 The spiritual successor of my first OC, I've refrained from really naming it or giving it a personality but its a little fennec fox cherub  sprite type thing. The wings in its ears don't grant it flight or anything like that but it can hover a bit with use of magic. It loves watching the clouds and I associate it with light energy. It can also be shown with dark horns.

In another universe, she is a princess held captive in a castle, used by the kingdom for her magic. She usually stays cooped up in her room dreaming about flying free in the open blue sky that she looks out at every day. However, she is sometimes allowed to play in the gardens, where she makes friends of every creature she interacts with.

The final iteration is a wise old kitsune who rules a cloudy domain and watches over earth from above. Because she is troubled with the heavy burden of watching reality, she will become brooding and creates massive storms, which she sends crashing down onto the mountains below in a rage. Mortals sometimes leave her offerings of mirrors and bells in an attempt to soothe her.