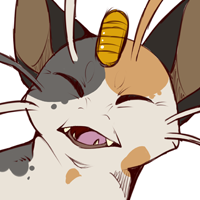 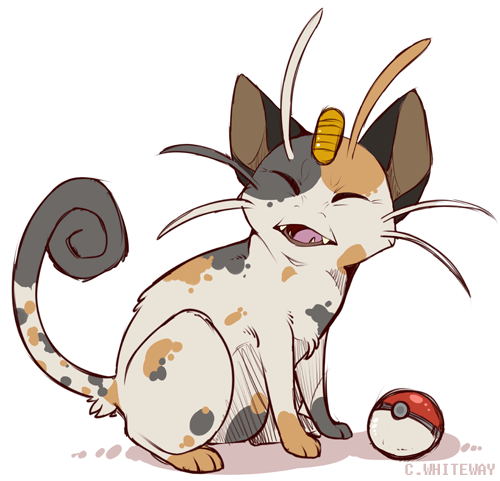 Type Normal
Gender Genderless
Nature Lonely
Ability Pickup
Age Twenty
Height 1'2"
Build cat
It sleeps a lot during the daytime and during the nighttime becomes active, moving around its territory.

A horrible little street urchin. Frequently swipes food and money from unsuspecting tourists, but oftentimes redistributes stolen goods among their Meowth gang and other street-homed Pokémon. They don't make friends with humans, and usually avoids Psychic-types or any other 'mon that might be capable of human communication.

Throws coins. Gets them back later.

The target is bitten with viciously sharp fangs. It may make the target flinch.

While attacking, it may steal the foe's held item.

The user slashes with a sharp claw made from shadows. It has a high critical-hit ratio 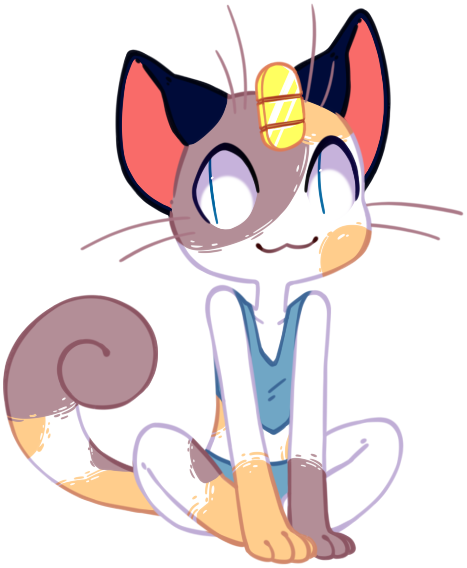 Born in an alleyway, lives in an alleyway. They were taught from the start to see humans as a way to get food and valuables, and trust none of them as a result. Only their Meowth gangmates (and Persian leader) hold their trust, though there may be a budding friendship with those in the Scrafty/Scraggy gang. Frequently gets into scuffles with Nickit families if they stray too close to the outskirts of town.