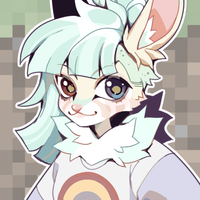 "Someone took my whole-ass enchanting station."

Tracer is a sona based off of my Minecraft skin! I play on the 2b2t server, aka "the oldest anarchy server in Minecraft". It's chaotic, and stressful at times, but despite being an anxious wreck, it's the most fun I've ever had.

ven though I've been playing Minecraft since its initial launch, I never quite clicked with the game or many of its aspects until I started playing on a public server for the first time this year, in 2022. Granted, a 10+ year old anarchy server which is known for its nasty members and pixel-violent history doesn't sound like the best place to play, and in a lot of ways it's not. But who cares! It's all about having fun!

n early August of 2022, I finally decided to play on the anarchy server known as 2b2t. My cousin loves anarchy servers in general and I'd remembered him talking about 2b2t on numerous occasions, and I'd never forgotten about it. After having had a rather poor time on the CosmicSMP server, where I'd fallen immediate prey to my compulsive spending habits endorsed by that server, I was a bit wary to try another public server, but I thought that if my cousin enjoyed 2b2t so much, maybe I would, too. Though, initially, my experience on 2b2t was harrowing. I played purely vanilla at the time, no hacked clients or anything, which made navigation difficult, and led to me starving to death numerous times while just trying to escape spawn. I feel like knowing very little about the server was a detriment to me; I went in expecting the worst, and I did meet some of the worst, but in completely different flavors than I had anticipated. I had to realign my views on the server and its members, and learn to just go with the flow as I learned to navigate my way through. It didn't take me more than a week to finally install the Impact hacked client, and I felt a lot more prepared to spend my time on the server.

I had no plans in mind, and had nowhere I wanted to be. I explored the server for a couple weeks, just wandering around and looking at the 10+ years of ruined history all over the map. I enjoyed blowing up a few small bases, stealing people's items, repairing highways, destroying Nether portals, and killing endless zombies. But after awhile, everything I did all just began blending into one big sheet of boring, and after being 13 million blocks away from spawn, I decided to kill myself, destroy my bed, and go back to spawn to start again.

Shortly after escaping spawn once again and wandering around aimlessly, I wound up joining a 2b2t group known as The Noble Covenant. My application was accepted, and I dogged through my probation period while making numerous domain and stronghold locations for the group to earn enough merits to pay my probabtion off. I was recently promoted to the role of Builder, at the time of writing this, and I've just been signed on to help tackle the group's next building project, which I'm incredibly excited about.

Update: it's been awhile since I made this profile. I'm still with the Noble Covenant, and have since become a part of its high ranking Blood Council, as well as becoming the group's Warden, and I oversee the new members and help them settle within the group by assigning work and enforcing mandates. I am currently hoping to replace our current Lord Artisan after they ascend to become Harbinger, leaving the position unfilled, and as of right now, I am the only one qualified to do so.

espite my Minecraft skin being clearly human, and Tracer clearly being a bunny, he can be drawn as either a rabbit, or as a humanoid! Though, while his human form can either be strictly human, or have bunny features like ears, nose, tail, etc, his bunny form must remain strictly as-is! Animal features on humanoids is fine, but merging human traits onto an anthro rabbit is just weird. 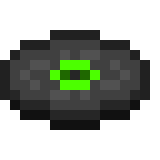