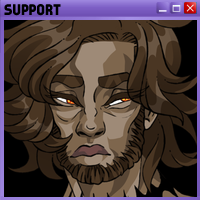 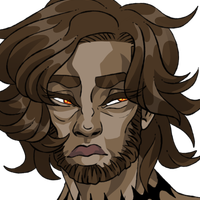 "Just leave me alone already, I am through with you!"

A war was waged a long time ago and in order to win it the government of a country decided to fund a special program that would allow superhuman soldiers to be created. Unfortunately the experiments didn't seem to work out quite how they wanted and only a handful of the test subjects, who all were soldiers, survived. They managed to turn around the war, winning it. Though not without sacrifice: One of the super-soldiers in the end went on a killing spree, having become unstable with all the experiments and traumatic experiences during the war.

To not let this get this out of control the leader of the group fought him, but the place was ultimately bombed to hide the governments shame. Officially it was twisted around to look like an enemy attack and life went on.

However, the leader survived and the body of the one who he fought and caused all of this was taken away, hidden in a test tube in case they want to experiment on him more. Being the only other one to survive and actually displaying a sane obeying mind, the leaders records were erased and he was given a mere number as a name. Later on he was send to guard alongside others another facility where they experimented on humans.