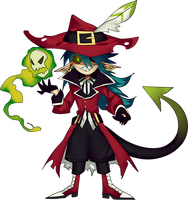 "It's Salem Klaus, not Santa Claus!" 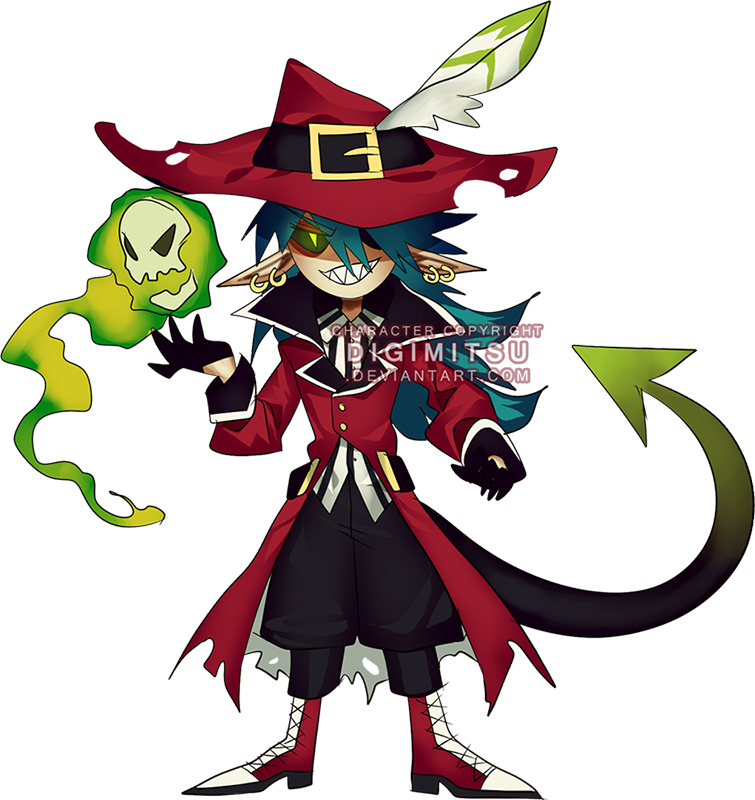 ⇀ Please take note of these when drawing the character!

✝ Any weapons he wield will always be covered in green flames.

✝ His tail shouldn't be thin. It is a strong draconic tail. 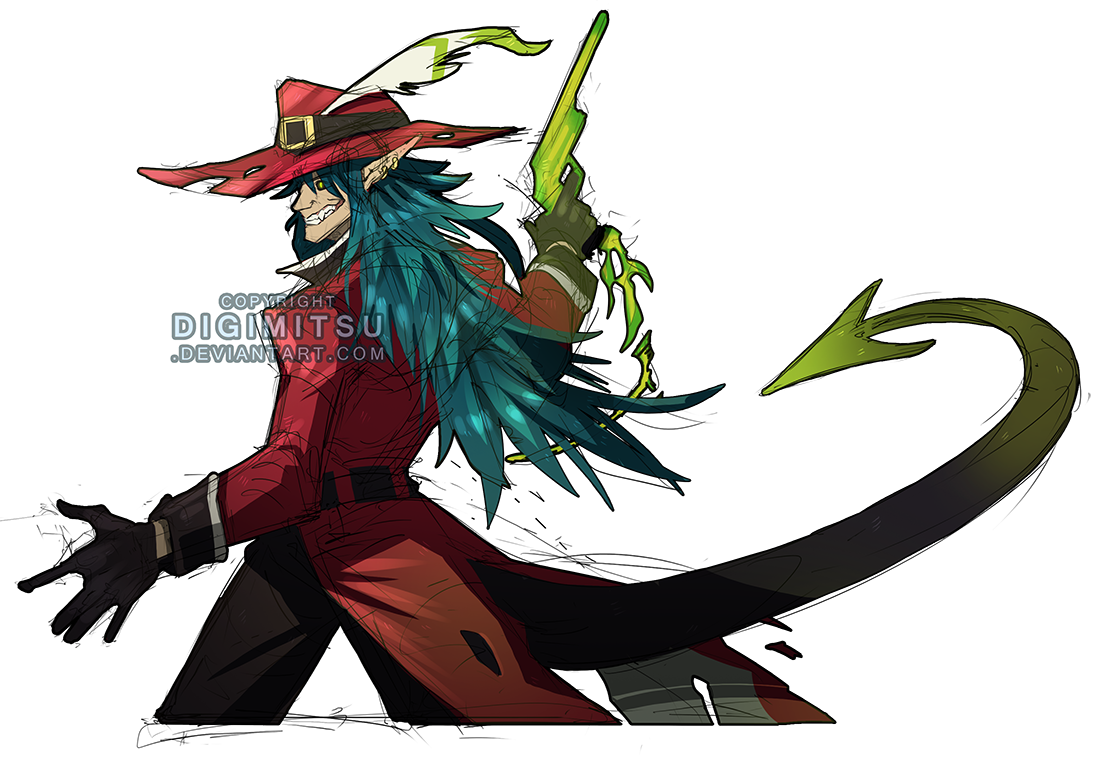 ✝ Gets called Santa Claus, especially by his fiery friend, just because his name resembles it. The red coat doesn't help either.

✝ Cursed undead guy with a flaming skull companion that turns into various weapons for him to use, including but not limited to: Guns, Scythe, Dagger, Fire Breathing (Especially in alt. form)

✝ Tends to be bored and lonely.

✝ He puts on a smile, but is actually bored and lonely most of the times because he's immortal and has seen everything. Sometimes he'd be yawning and scratching his neck with his gun and accidentally blows his head off. He reforms it easily though.

✝ As a human, he lived a normal life with a wife and kid. However his town was constantly terrorised by all manner of undead, monsters and demons. He chose to sought out power to be able to help rid his town of the monsters, but the power came at a price, and now the very town he wanted to protect wants him dead. His father-in-law, who is a powerful priest, despises him as well, and prevents him from meeting his wife and child. It burns him to touch them.

✝ He regrets seeking out that power in the first place and being cursed with a lonely life. At the same time, he knows he's the only one keeping the town alive.

✝ Has another form where he combines with his skull friend to become a giant dragon/crocodile monster.

✝ When he obtained his power, he was first transformed into the giant monster form. In a panic, he basically ran back to town and accidentally did a lot of damage. To the people, he looked just like any of those other monsters around. This event was one of the reasons why they don't trust him and dislike him.

✝ He has a lot of banter moments with his skull friend and sometimes his friend "gets back at him" by not firing as a gun while they are in danger. which Salem exclaims, "IS THIS REALLY THE TIME?!"