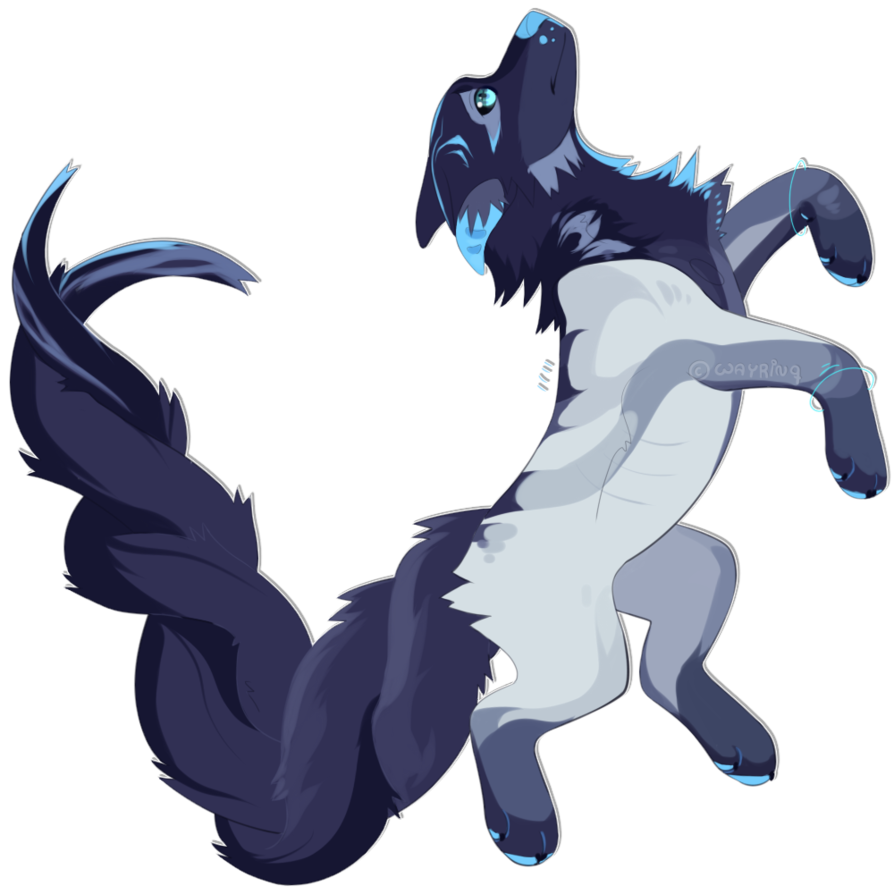 Species: Wolf, God.
Role: God of the Dark,God of Fear. He is the scariest and soon one of the most powerful creatures, ready to take you.
MBTI: ENTJ
Orientation: He is heterosexual.
Sign: Taurus.
Alignment: None.
Flower: He has no favorite.
Theme: King of the Dead 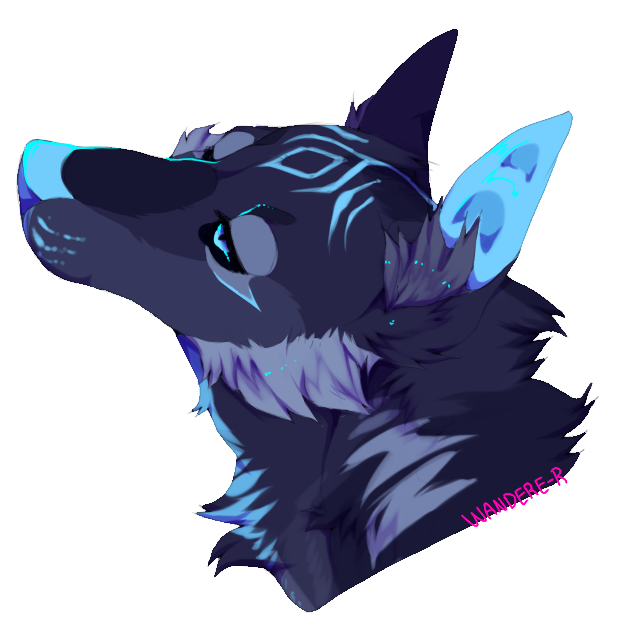 He was an innocent pup exposed to many things growing up, feeling like he was only there to kill thanks to how he was raised and what he was raised for. He was raised for battle and abused, being placed in dog fights or in fights against other humans, and would normally always win annihilating the one he was up against, or ones even since he was sometimes taking on multiple for special events for the king and his wives and many more. He was taken from his home young due to his pelt being unique, and beautiful. The king trained him for war later on after realizing some of his power. He was always named Eclipse and doesn't know his actual name, but is fine with that. Of course he escapes later on, but he never knew he was a god. He never expected it either. He did have small powers which was common, but is discovering things everyday now thanks to the world he is in and how he escaped in rage, being left alone finding himself slowly and who he really is. Someone who plays a large role in that happens to be Amanda, and Dalia. Dugo helps him but very little, and instead causes pain for him which is something he is not used to being someone who is just a murderer, a simple killer. He becomes one of the strongest in the universe, also being the strongest weapon. Many feared him young but many still fear him when he is older and after he learns a lot about himself for what happened in the past. He was a mass murderer but he tries to change that thanks to Amanda. He struggles now and then to hold back, being attracted to the smell and look of blood. He would of been seen as the one with the strongest taste for it, but Dugo's shadow truly is the one for blood thirst. In fact, Eclipse tries to shed more blood at one point killing everyone he could, except those he loved.He is the God of Dark, but also of the universe (Dark matter, dead planets, ocean, death) except for the black hole, which is actually Dugo's shadow. He mainly goes out at night where he is his strongest, with the moon shining behind him. He will continue his journey of becoming a complete god. He has many other abilities, and even wings. He only has one current difference when he is young, which is pain being numbed somewhat and his eyes going primal.Which of course, Eclipse is silent, but not always. He is kind of cocky, which is to be expected. Not very wise, nor goofy, but he learns better later on. Mostly his wants and needs come first, and he struggles to understand others. He wasn't raised trying to impress anyone, help anyone, and so on. Only himself. He learned that the only one he can truly count on is himself. He tries to impress Amanda and help her get Dugo back, but is even let down then. He has never truly loved anyone, but her. She helped him realize more things and find himself, and even change for the better even though he could never change how scared people were of him. He is fear. He is someone who tries his best to kill gods so that he can become one. Last sentence is update, need to update this whole thing

He can get stronger depending on the blood that he smells and tastes. The more bloodshed the better, for him. It strengthens his moves, but only very little, because it helps make him more primal and crave more. He can have a shield defending him and his outer body, made of hard blue, slightly shining, transparent goo. It stops most weapons from breaking through, but it isn''t something he can just call to happen. It also sometimes happens to show the constellation on the shield. He can shoot out a ray of light blue raw power, which leaves an explosive after math, depending on the power and bonuses he has. Of course he needs certain items he will gain along his path, to help him reach full power of some things. If music is playing somewhere, and he looks at you, the music will become messy till he looks away. He has a home from a ship broke in two he found long ago, and it is in a swampland, while he lives in the main larger piece. Only he normally gets there besides things that fly, because its poking up into the air. Human bones can be found around it. A telescope as well deeper down that reflects the stars, when you look into it you can be teleported into your dreams.