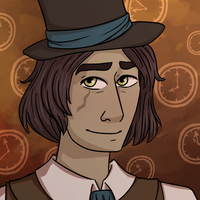 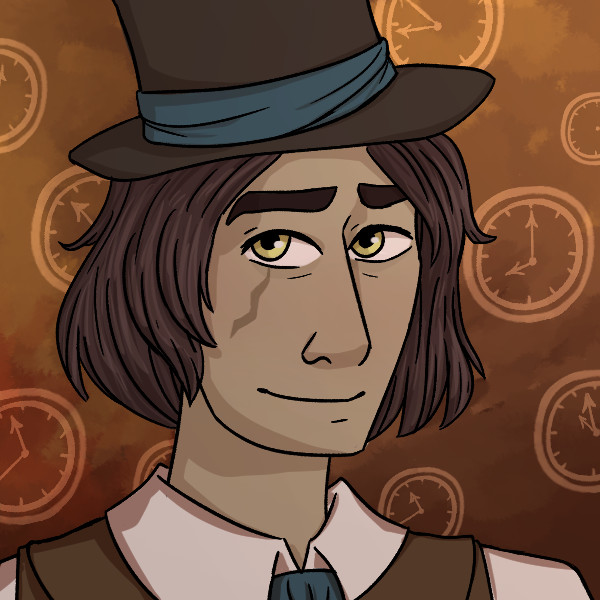 Tobias likes to think of himself as 'Kiwi Ingenuity' personified. From a young age, he idolised his favourite inventors and was always making and testing theories on how to make their creations more efficiently. When he was older he found some success in this, figuring out ways to make things more durable or run faster and cheaper. But his true passion was to make something unlike anyone had created before; to make a time machine. And after years of theorising, testing and building he was ready. He would use the machine to travel 160 years into the future and spend a few hours (maybe a couple of days if he was brave) learning about his new surroundings. Then he would return home to reveal his work to the world.

He was lucky to have made it. Almost as soon as the machine had arrived, the power spluttered to a stop. But it had worked! At least, at first, it seemed as though it had. The date was right and it seemed like the future. But it didn't take long to figure out something was wrong (about 25 minutes at the public library to be exact.) The history of this place was wrong, important things from the past had happened differently or not happened altogether. And the technology was entirely different. Not just ' it's the future so steam engines have been replaced with something better', but as in the fact that there was no record of thing such as the complex automatons of Tobias's world even existing at all.

While the idea came quickly it took much longer to fully process what it meant. Tobias had travelled into the future yes, but not his future. The machine, as it moved through time also travelled through alternate timelines, meaning that even if he could fix the machine there was no way to assure he could get back to his version of history. And so stuck in a world he didn't know,  disconnected from his family and friends, Tobias set to work.

- The watch set in the back of his mechanical hand is permanently set to the time it was when he first tested his time machine. The others are all set to different timezones

- The town isn't that weirded out by Tobias, most just think him to be really into Steampunk. He's not the strangest resident after all.

-Tobias has Tourette's Syndrome. His main tics are twitching his normal hand and making 'tick tock' noises with his tongue