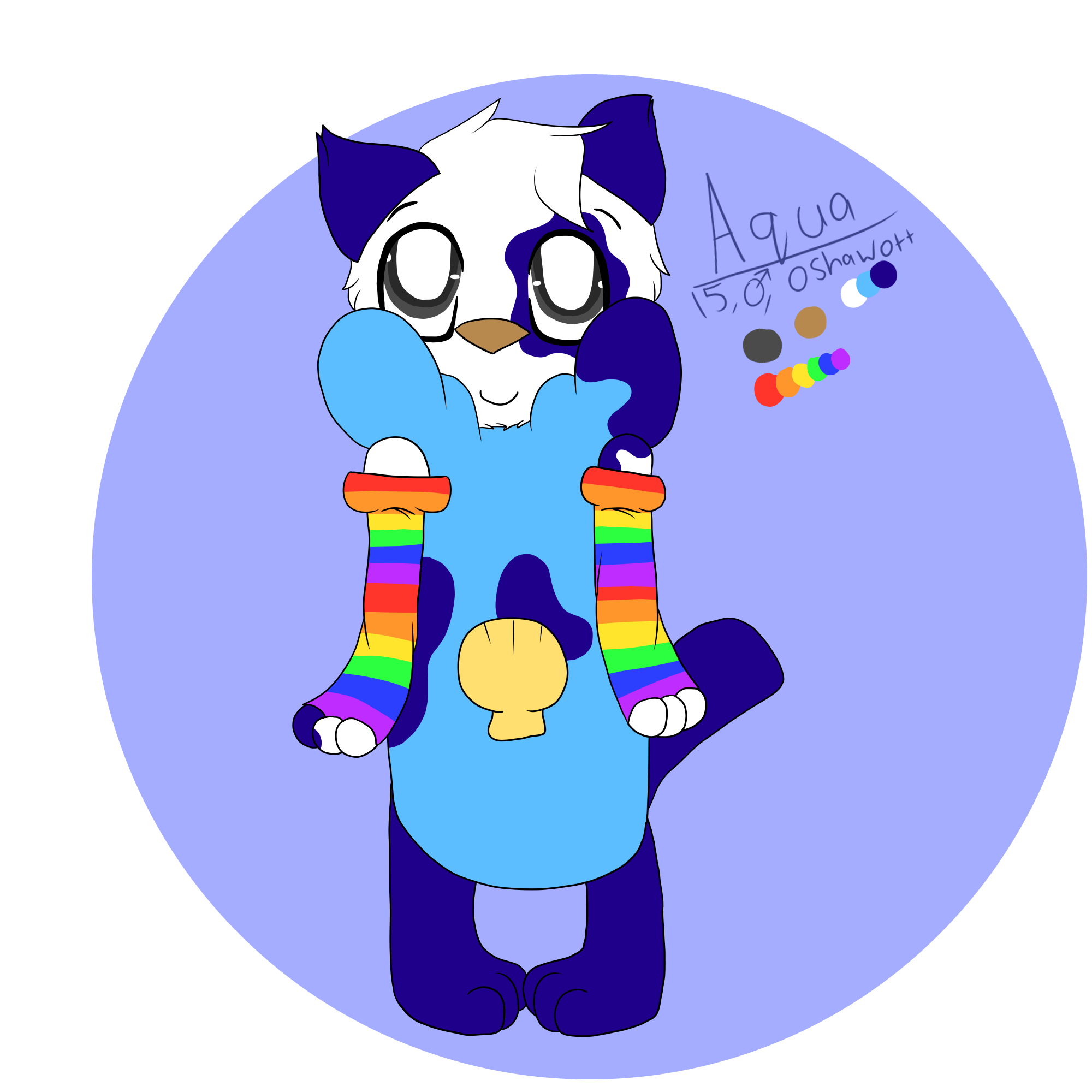 Aqua is friendly, chatty and loves his friends. He's always there to support his friends and is willing to help with other's too. He is a cheerful guy but also seems to love saracasm and uses it any chance he gets. He's also pretty tactless and speaks his mind, unaware that some comments can hurt peoples feelings. Nevertheless, people enjoy his company and he's quick to apologise anyway. Aqua can be quite lazy though and enjoys sleeping in. He doesn't enjoy being dragged out the house when he would rather rest but a little convincing does the trick. He hates to admit it but he can be naive at times, especially to the darker sides of life. He's a big fan of video games too and that's what he spends most of his spare time doing (besides sleeping).

Aqua didn't choose to out himself as gay but after an argument, Ricky told the whole school. He was angry at the time but since they've made up, he forgives him. Everyone took it fairly well though and there hasn't been much trouble. His boyfriend is Ayo now. He is best friends with Ricky, Amelia and Purry.

Hate towards anyone, bad attitudes, getting dragged around and out the house, alarm clocks

- Although not particularly rich, his family is well off and he gets a large amount of pocket money

- Quite some time ago, he had a crush on Ricky. He confessed one day and the two of them have kept it a secert. Although technically Ricky's sister Claire knows too, since it happened at the siblings house...