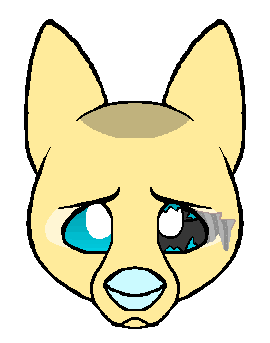 Original name was Kona but he took a new name when he lost his memories. A young vorox who suffered an injury to his head causing memory loss.  The eye screen on his left eye is shattered, causing blurry and distorted vision.  He also has exposed metal on the left of his injured eye.
He was Mountain's apprentice before being seporated and was raised by Stone.

Ignore what it says on his reference, he is a forest vorox not a sand vorox.