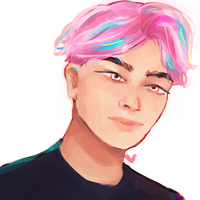 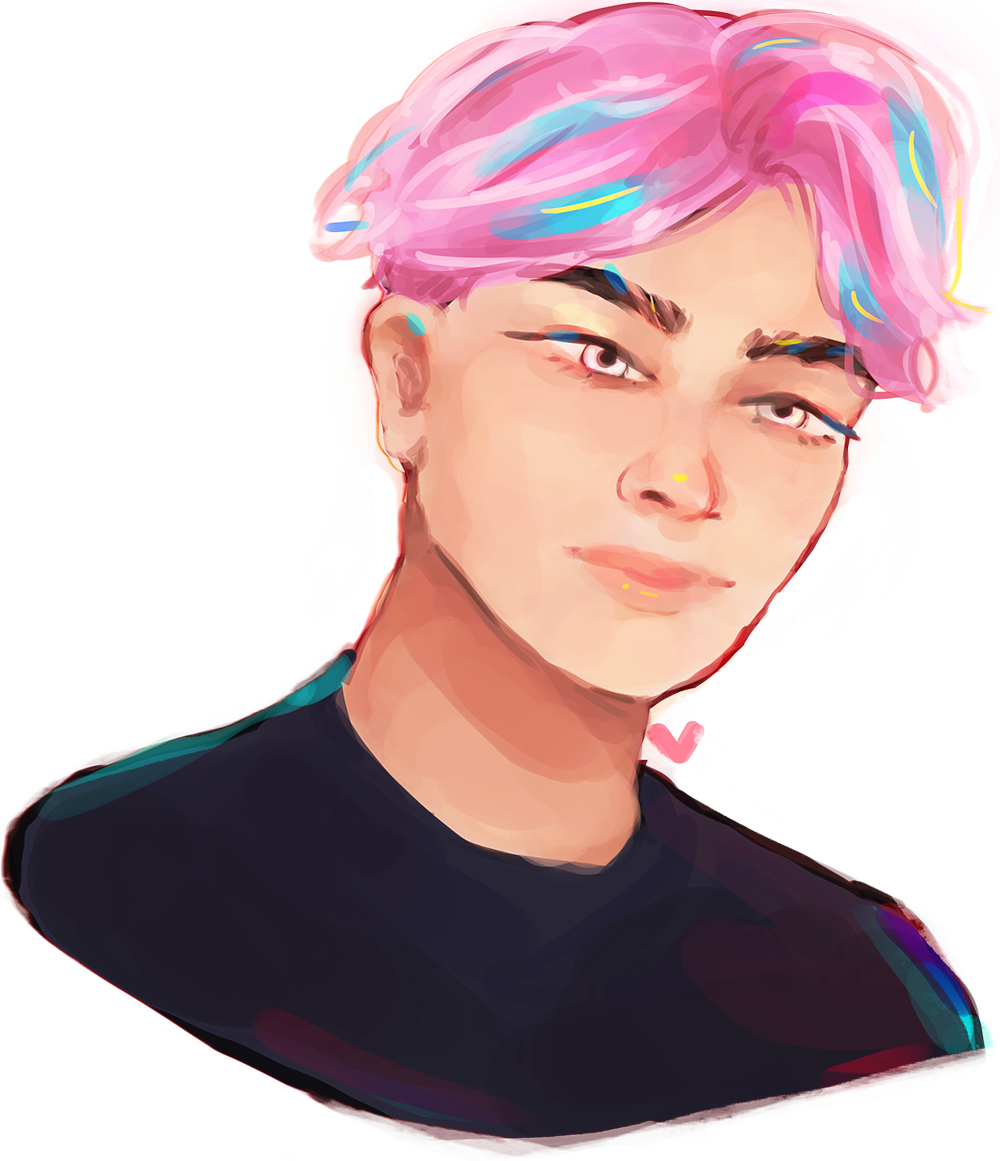 「 PERSONALITY 」
"Do what you love and you'll never work another day in you're life" is the phrase which best suits Ronan. Fluctuating between a budding artist and a professional gamer, spare time isn't something that graces Ronan frequently. Not that he minds of course. He wouldn't have it any other way. He is best known for his outgoing and humorous nature, Ronan never being one to take anything seriously. He's a very sentimental person who likes to hold onto memories in the form of a polaroid picture or journal entry. Despite his extroverted personality, he can be described as rather soft, Ronan not being one for conflict. He doesn't like being alone. He thrives when he's surrounded by friends or his fans in the gaming community. Whether he knows someone personally or not, people who support what he does mean a lot to him.

「 APPEARANCE 」
‣ Cotton candy coloured hair that is parted in the middle. His natural hair colour is dark brown.
‣ Silver eyes with long, dark lashes.
‣ 5"7 with a slender body type.
‣ His left earlobe is pierced, Ronan alternating his jewellery with each outfit.
‣ A casual dresser who is fond of t-shirts and sweaters. Also has an impressive jacket collection.
‣ Bottoms range from shorts, tracksuit bottoms, and jeans. If he's wearing jeans then he always rolls up/cuffs the legs.
‣ Ronan usually wears ankle socks with a pair of white sneakers.

「 FACTS 」
‣ If he was in Hogwarts, he'd be in Gryffindor, his patronus an otter.
‣ Ronan is half Irish and half Korean. His father is from Ireland and his mother is from South Korea.
‣ He's fluent in both English and Korean.
‣ Chaotic bisexual.
‣ Overwatch his his favourite video game. He's a DPS main who excels with Tracer, Widow, and Genji.
‣ He's known worldwide under his gamer tag "Ronin".
‣ He's transgender (binary male). He's 2 years on testosterone and has had top surgery.
‣ Enjoys K-Pop but isn't a stan. More like a casual fan. Isn't fond of the fanbase.
‣ When he's not gaming, Ronan enjoys entering his local art competitions.
‣ All problems can be solved with a hot cup of tea.
‣ Smells like peaches.
‣ There is nobody on this Earth that is as passionate about memes as Ronan.
‣ Has a ragdoll cat named Momo (translates to "Peach" in Japanese).