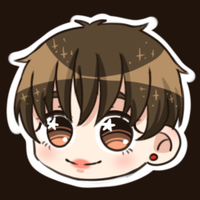 Strengths: Empathy- Tia has a great sense of tact. She tries to match to the people's mood at a given moment. Sometimes she also tries to comfort someone if he happens to be depressed. It helps her in developing interpersonal relationships.
Weaknesses: Irresponsible- You can't leave Tia with any task because she will probably forgets something, and the result will be completely opposite to the one intended. In addition, she is stubborn and claims that she is not irresponsible at all.

Biography:
Her mother, Anna, came to a little town called Windermere, because she was involved in cultural studies in Great Britain and was about to write a book about it. Therefore, she was traveling to various small towns and was exploring local culture and folk customs. Then she met Leon, whose family had lived in this town for generations. Very quickly, the new acquaintance turned into something more. Unfortunately, Anna had to go back to her hometown, but nevertheless she still had a good relationship with Leon. They were writing letters to each other. Over time, their feelings didn't change and they decided to get married. They lived together with Leon's parents in Windermere. Anna finally got pregnant and Leon got a job promotion. Unfortunately, it was associated with his frequent delegations. Anna gave birth to a healthy daughter. She named her Tia, apparently because she liked to drink tea. When Tia grew up a bit, at the initiative of her grandparents (who were pureblood wizards), she was sent to Hogwarts to develop her skills. Unfortunately, Tia's mother became seriously ill and died of a malignant tumor. Tia was really depressed because of that and left school for one year. But her grandparents and father were very supportive in these difficult times. After a year she returned to school and managed to finish it. She grew up as independent woman with lots of positive energy! Unfortunately, she didn't have much of an idea what to do in life, so she became a magibotanist because the work seemed quite simple (and decent according to her father). Currently, he sometimes helps healers, collecting necessary plants for them.