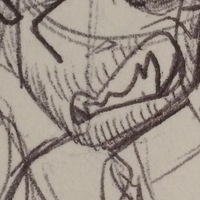 He retired. Forced out of power. Same thing.

Orpheus was the previous leader of the Vampire Mob; when he proved to be more dangerous than the other mobs and the Big Three could handle, he was forced out of his position, allowing Lilith to take over. Orpheus was a bloodthirtsty vampire so big and so strong he was able to crush most living things with a single fist. He had a mean streak, but his wife Lilith only speaks about him in a positive light. His children never speak of him. Although Orpheus no longer works within the mob, his presence and old work style can be seen in Lilith... But never to the extreme he took it to. Nonetheless, it's questionable how much control Orpheus still has over his old operation. No one has heard of him since he left his leadership position.