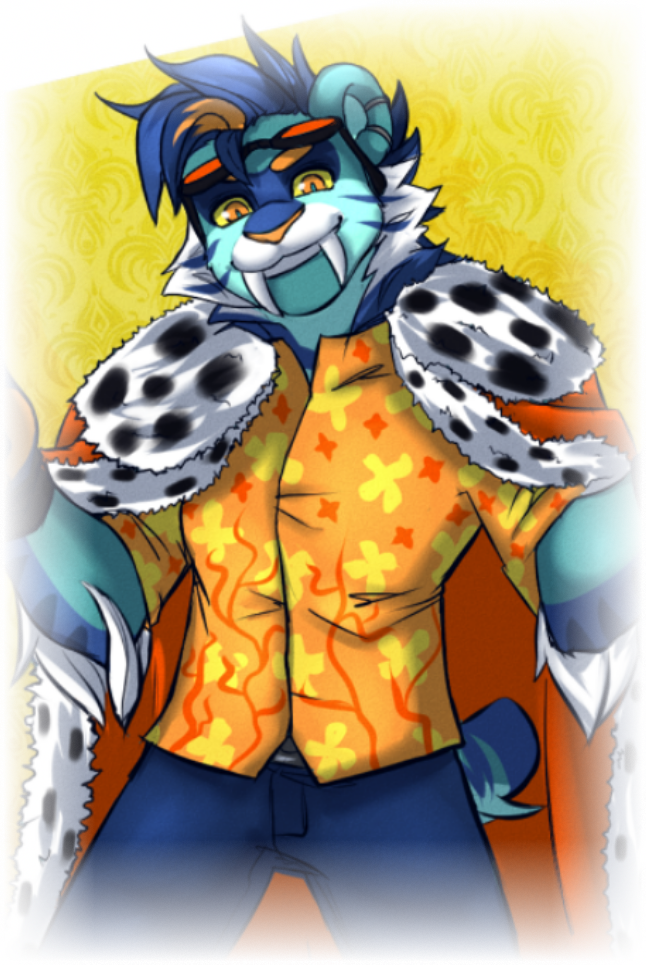 Sometimes in life, you get those people who think the world of themselves. Egotists and showmen, they walk into rooms expecting everyone to know their names - and for those that do not, they'll declare it loudly and proudly. They have visions of grandeur, suspecting themselves sons of Gods and Kings, feeling that if only people knew, they'd worship at their feet! And sometimes, just sometimes... these people are unfortunately right. Zeke is one of those people.

A once-distant relation of the great Sunsky royal family, the young film director has recently found himself declared King of a nation he previously didn't even know existed. Whilst the pomp and cirumstance of the whole matter suits him well, allowing him throw around his weight and authority without fear of reprimand from any superiors. Since, after all, who can be superior to the King? Still, he does realise that he's perhaps not the most conventional of lords - after all, many would prefer... probably a more traditional sense of dress. And attitude. And everything.

Still, his ancestors were all traditionalists, and where are they now? DEAD! And y'know who's not dead? Zekey baby! So bow your ass down, and hail to the King! After all... the kingdom's looking for an expansion!

This template was created byWicked. Please do not copy, reference or redistribute without permission