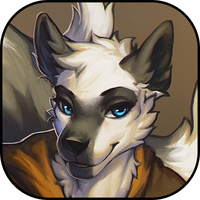 The legends tell of trickster foxes that walk like people, the nogitsune, yako, or "field foxes." These mischievous, malicious spirits roam the earth in search of souls, draining them from their hapless victims. For every soul they steal, they grow in power, and as they grow in power, they begin to grow additional tails. The more tails a nogitsune has, the more dangerous and experienced they are! Some stories even say that a kitsune's powers are stored in its tails. Every nogitsune dreams of stealing 1,000 souls, because this will grant them immortality, and a place among the most powerful of all kitsune. Only the most clever, resourceful, and charming of all nogitsune can hope to achieve this. This, the tales are very clear on.

About other things they are more vague and conflicting. What happens to a victim after the nogitsune has eaten his soul? Some say his body lays inert, as good as dead. Others say he becomes a mindless slave to the kitsune, powered only by the fox's will. Still others say that the process is not harmful, and the victim may even be none the wiser, that the true consequences are in the afterlife. Maybe all of these things are true and more, depending on which nogitsune you run afoul of. How does the nogitsune drain the victim's soul? Some say the fox must eat your liver, for that is where the soul is kept. Others insist that only vaginal intercourse can rob you of your soul. Yet more claim that ejaculating inside the nogitsune at all will suffice. A few even suggest that spending too much time in a trickster fox's company is enough to damn you. Perhaps there is only one way to find out for sure.

Tamiko is a relatively young kitsune, considering most field foxes live up to a thousand years, and still has the appearance of a woman in her early twenties. Despite her youth, the journeyman trickster has made quite a name for herself as a rogue, using her powers as a nogitsune to rob far more material valuables than souls. This has allowed her a fair amount of comfort and a high-end lifestyle that, she hopes, she can use as leverage to make herself the most powerful nogitsune in existence. She begs that you'll let her take your soul, and use you as a stepping stone on her journey to higher places. It's not that much to ask, and it's worth it. There's nothing to be reluctant about. You know all those things you hear about kitsune are just exaggerations. Spend a night with her, won't you?