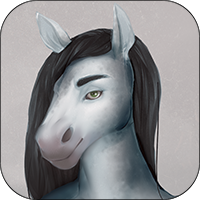 Elijah's parents were roughneck farmers, and he was born and raised on their modest plot of land as a God-fearing, hard-working, down-to-earth young man. His parents were stern, but times were tough, and he often got himself into trouble when they couldn't watch him. He flirted with female classmates, got into fights, yawned in church, and occasionally had run-ins with the law. They made no pretensions of sparing the rod, but none of their discipline could sway him from his wayward path. He grew alongside their rising frustrations, and eventually his father told him that if he was enough of a man to be getting escorted home by a police officer, he was enough of a man to work on the farm and support the family. He dropped out of high school before his 15th birthday, and during the day he would help his father work the land, before sneaking off at night to catch up on his social life.

Hanging out with the high school crowd as an outsider had its perks and its downsides. He was the one who would buy their beer and cigarettes from middlemen without fear of academic repercussions, which earned him a ticket into all their parties and an air of untouchable maturity that drew the girls to him like a magnet. At the age of seventeen, he took it too far, and a family's tearful daughter earned a call to his parents. He cowered from his father's belt, but regretted nothing. The next day, at his mother's bequest, he visited their home to apologize, but only the wife answered the door, with her daughter at school and her husband at work. She invited him in to make amends, and without quite realizing what he was doing, he ended up smooth-talking his way into her bedroom. A few enjoyable hours later, he had discovered the power of words, and especially the effect that his own had on older women. His parents were none the wiser, and considered his misdeeds rectified. He dropped the party scene to take up mowing lawns, a source of gainful employment that pleased his father and let him spend his afternoons chatting with lonely housewives in the better part of town.

While his peers were away at college, he learned how to repair automobiles, fix plumbing, weed gardens, and more, everything city folk were too lazy to do and happy to pay him for. With such an array of skills under his belt, he had no trouble getting booked by the dozen or so women he'd built up relationships with over the past months, and his parents let him take the mornings off at the farm to borrow the car and bring his tools. His repeat customers built him up enough revenue to buy a beat-up old truck, and his father would slap him on the back as he started it up and tell him he'd finally made something of himself. Little did the old man know that for every half an hour he spent shirtless in the sun on some urban lawn for fifty bucks, he spent two hours on top of the lady of the household, and as he was putting his clothes back on, they'd tell him about something else that needed doing, and he'd take out his schedule and pencil them in for a few days later.

Never once did he feel bad about this arrangement. In fact, he enjoyed manipulating the women he worked for, finding that they would do anything he wanted if he laid his charm on them. A little force from time to time didn't hurt either, and they weren't in a position to resist, terrified of their husbands finding out. What little respect for the opposite sex he still possessed, he slowly lost, eventually coming to view them as challenges he'd yet to put his mind to, and those who thought they didn't want him simply hadn't been convinced otherwise yet. He bought a little black book, and gave a chunk of his earnings to his parents so they wouldn't complain when he went out at night to visit bars and nightclubs, looking for conquests. Most he could easily enthrall into a night with him by words alone, and he didn't hesitate to do whatever it took to bring the others around. All smiles at first, he turned rough when he had them alone, almost more interested in the dominance than the sex.

When he was twenty-five, a heart attack struck his father down. His mother wasted no time remarrying, and left him the farm and a kiss on the cheek. It was fine with him; the land was small and thus close enough to town that he could bring his lovers back home, and feel even more in control. He had planned to use his savings to get an apartment in the city, but instead he got a loan on a nicer truck, and said his goodbyes to the years of afternoons spent toiling on his dad's insolvent farm. He sold the land he didn't need, paid the debts his pops had passed down to him, and used his existing client base to start up a garage and auto repair shop. It wasn't much to look at, but if you broke down on your way out of town and needed to get back on the road quick, he was happy to help, especially if you were desperate, stranded, and female.