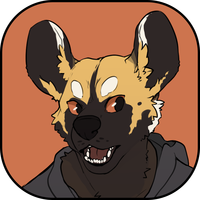 Farî was born to Imen Lusala Paredes and Karen Christophe Paredes on July 11th, 1988. In accordance with family tradition, he was given an Arabic first name (in honor of their Muslim ancestors), and a Kenyan middle name (in remembrance of their homeland), along with his Portuguese surname. Though he was eight generations distant from his Kenyan ancestry, Farî was still a painted dog like his father and all his grand-fathers before him. Any accent he inherited from his father was stripped away when he entered the American public school system, enduring the usual bullying for his foreign-sounding name and exotic appearance.

For most of his childhood he tried hard to fit in, but by high school he had all but given up, and quickly fell in with the wrong crowd. Despite bad influences, he was a track star and managed to maintain decent grades until he graduated, and was accepted to a semi-prestigious college, even though he had no idea what he wanted to do with his life. His father attempted to pay for his tuition, but ran out of money after only two semesters, and rather than face student loans in the Great Recession, Farî dropped out and attended community college instead.

At the advice of a counselor, he received an associate degree in occupational health and safety and successfully applied for a federal job as a clerk typist. He worked his way up from this entry position to employment as a GS-14 Compliance Assistance Specialist. While the job pays well, it subjects him to frequent travel, taking him all over the States. This inability to stay in one place has put a serious damper on his love life, and he has gone through multiple relationships that all ultimately ended due to distance. It's left him a little... needy.