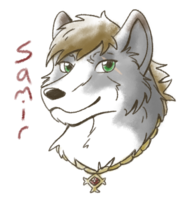 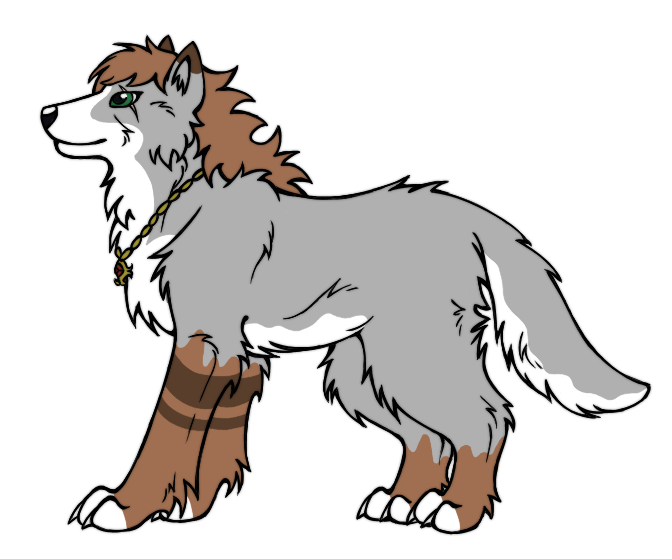 Samir is caring, loyal, responsible, obedient, self-sacrificing, silent, logical and anxious. She would be a good beta but a lousy alpha.

Samir is a tall and fat wolf. She has grey fur with white and brown markings and a brown mane. She also has long claws, over-bending joints and one scar on top of her left eye. She is usually seen wearing a golden pendant.

Samir was born into a small family pack where she spent her fairly short childhood. Life was often full of struggles and even death (she received her grandmother's pendant after she had passed away) but the pup did have a few relatives whose company she did genuinely enjoy and who she has very fond memories of. After growing up Samir left the pack and lives nowadays as a loner nearby a remote lake.