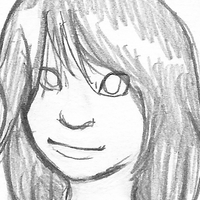 A very charismatic and warm personality

Before the war, her primary involvement was in AI development and construction, in which she became one of the leading developers and responsible for the progress made in their AI platforms at current. Because of her deep involvement in the industry, she was one of the first to start protests and with her influence, and could be sited as the primary party responsible for the quick organization and establishment of the emerging of the West Istrese military.

As the move to war started, she proved her tactical intelligence early on, with battle plans that made the best of their current resources and numbers. This and her place in their technical progression established her roll in the potential future governing party, the current generals of their new military, despite all lack of military background.

However, even with her skill and history, the rest of her peers do not receive her as positively as the public did. Some of her ideas in AI management and growth as well as her current practices were seen as, in a word, frivolous. Her view of seeing AI as important and potentially on par with human consciousness and should be treated accordingly as AI develops and grows. The rest of the current AI management practices seek to remove potentially unwanted conclusions and curbing all signs of self-awareness, Corinth's proposed management would include embracing these elements and using them to gain trust to create more efficient and reliant robots. This very concept is something that her peers find to be terrifying.