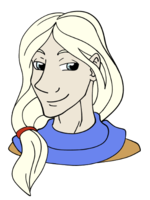 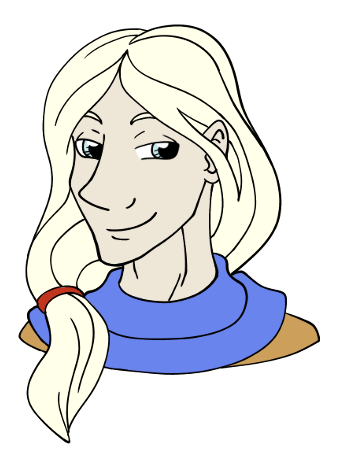 Leon looks a lot like his father Micah: he's lean, petite and pale. He has longish blond hair and blue eyes. More often than not he can be seen wearing pretty mismatching clothes thanks to his colorblindness, but to outsiders he claims it's just because he's an ~~artist~~.

Leonardo was born during Next Generation timeline for Reliam's ex Norah and her fiancé Micah. Sadly for Leon he was originally just a tool to keep the relationship of his parents' from falling apart, and not even all that successful one. He spent only a few first years of his life with his family and when Norah and Micah had finally had enough and divorced, Leon was pushed to the hands of relatives and an expensive boarding school. The boy claims he was just happy to get rid of his horribly selfish parents, but the truth is such a broken childhood did leave more scars on him than he'd like to admit.

As a teenager Leon moved from Stuckald city to Lemidae in order to go into a local art school, because he was going to pursue art as a career. He wasn't interested in music though, so instead of playing piano or violin like his parents he decided to become visual artist. Thanks to his inability to distinguish colors it wasn't going to be easy, but neither had anything else been in his life, so Leon wasn't going to let it stop him. On top of everything he had long since decided to not let anyone even know about his weakness; not of course because his mother had told him to do so, but because he himself wanted to prove he was just as perfect as his famous parents.