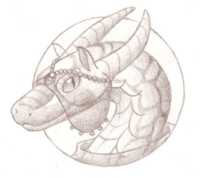 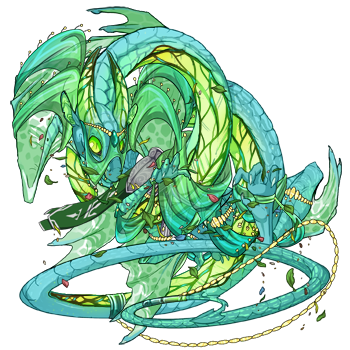 Auer comes from the same clan as Tuuli and Tuiske. When the two sisters decided to leave their old home, the young Spiral tagged along as he felt he was already old enough to live without his parents. Truth wasn't quite that simple, so when the trio settled to the territory of Seafoam clan, Tuiske looked after the youngster until he was truly ready to take care of himself.
While Auer was growing up there were two other young dragons in the clan, too: Eidiel and Faelten. They became friends and grew to be inseparable - until Auer matured enough to be ready to mate. Both of the females would've liked to have him as their partner, while Auer himself didn't understand why he couldn't have them both. After some time the Spiral ended up together with Eidiel, which naturally made poor Faelten pretty upset.
Nowadays things between the three have calmed down, which is good considering they were trained to become the main Coliseum team of Seafoam clan. Swift and precise Auer functions as the main offensive force of the team.